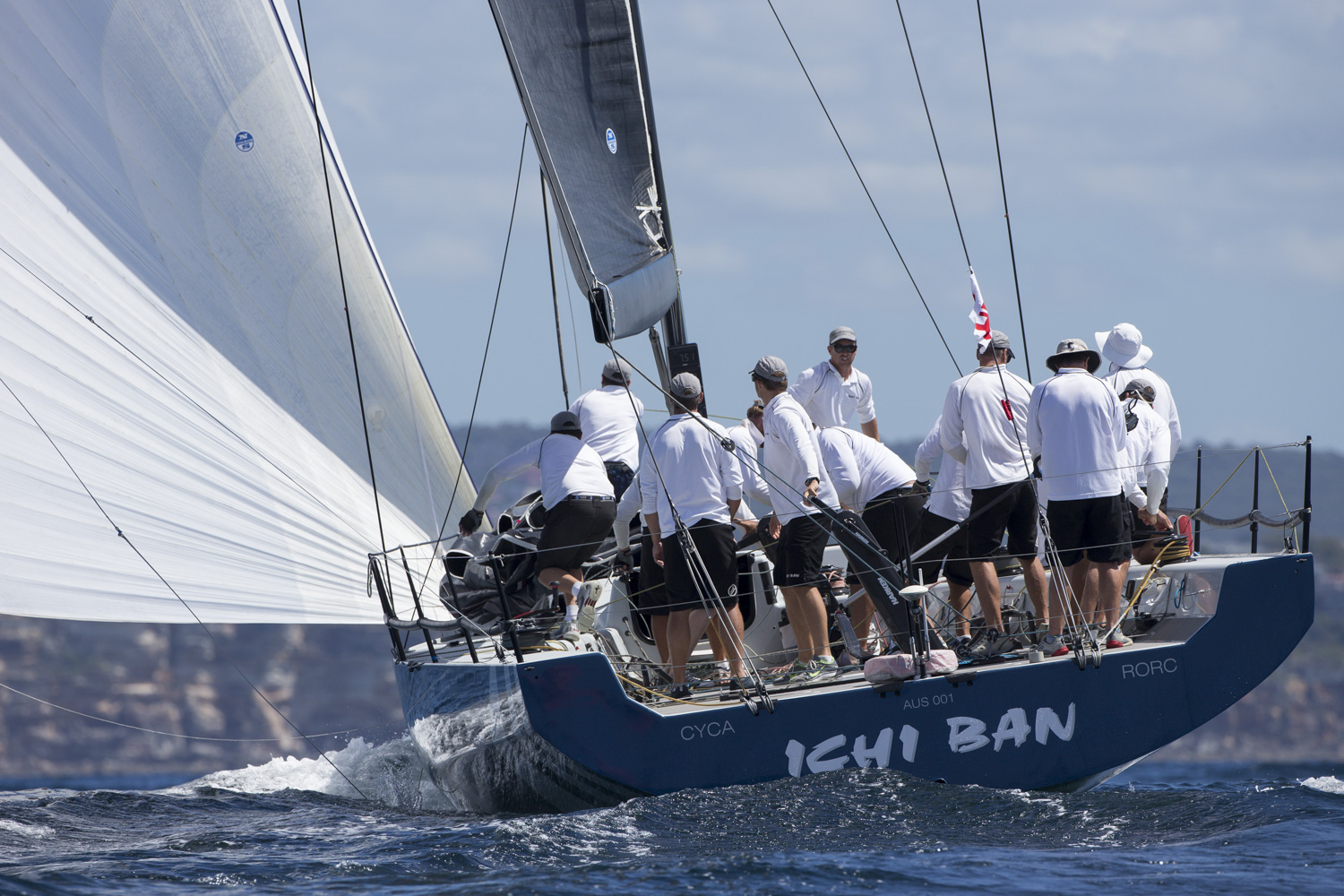 Matt Allen’s Ichi Ban and Bob Cox’s Nine Dragons clean swept Division 1 and 2 respectively at Middle Harbour Yacht Club’s 2016 Sydney Harbour Regatta, which ended this afternoon, while Phil Dash did what he is best at, coming from behind to claim Division 3 honours.

Allen and his crew, including sailing master Gordon Maguire, kept up the momentum in conditions they described as tricky to take the series with six straight wins from 2015 Rolex Sydney Hobart winner Balance (Paul Clitheroe) which finished second in every race, and TP52 newcomers Andy Kearnan/Peter Wrigley with Koa, third in every race.

Gordon Maguire said it was an interesting day. “It was quite fickle offshore. It was a light 7-8 knots in the first race, but by the second race it had picked up to 14-15 knots – a classic nor’ easter. But about halfway through the third (race), it dropped to 8-10 knots and we had a big shift – a sketchy sort of race,” he recalled.

“As a bigger boat, we had a certain amount of control; you get to pick the track. We executed all we wanted to do and had an enjoyable event – it’s always a good regatta,” he said.

Bob Cox did the same, also stumping up with six straight wins to defeat sister DK46, Khaleesi (Andrew and Pauline Dally), which finished seven points behind with five second places and a third. Gerry Hatton’s Matt 12.45, Bushranger, moved up into third overall

Yesterday in Division 3, The Philosopher’s Club (Peter Sorensen) had the upper hand over last year’s Division 2 winner, Phil Dash’s JustADash, but the two were on equal points. As Dash has done before, he came up with the goods when it mattered, to win. Peter McNamara, a recent returnee to sailing with a modified Mumm 36, Magic, took second place from The Philosopher’s Club, which finished third on countback.

“It was very tight and extremely close racing,” Dash admitted. “Especially with Magic and The Philosopher’s Club. Magic got us by five seconds over the line and 18 seconds on corrected time in the first race, that’s how close it was.”

Dash said it was not so much about winning races, “rather it was about sailing consistently and thinking about the overall pointscore,” he said. The other two boats sailed very well, but overall we were the most consistent,” said Dash, who praised the race officers on their course. “They set great courses – did a good job all regatta.”

The Middle Harbour Yacht Club team of Nine Dragons, Khaleesi and JustADash were too good and claimed the spoils with 47 points, a winning margin of 27 points over the second placed RPAYC team of Bushranger, Magic and Conspiracy.

All winning yachts will be entered into a prize draw for the major prizes, to be drawn on Monday 7th March:

Divisional winners and placegetters will receive sailing gear from Helly Hansen and wine from Robert Oatley’s Vineyards at the official prize presentation.