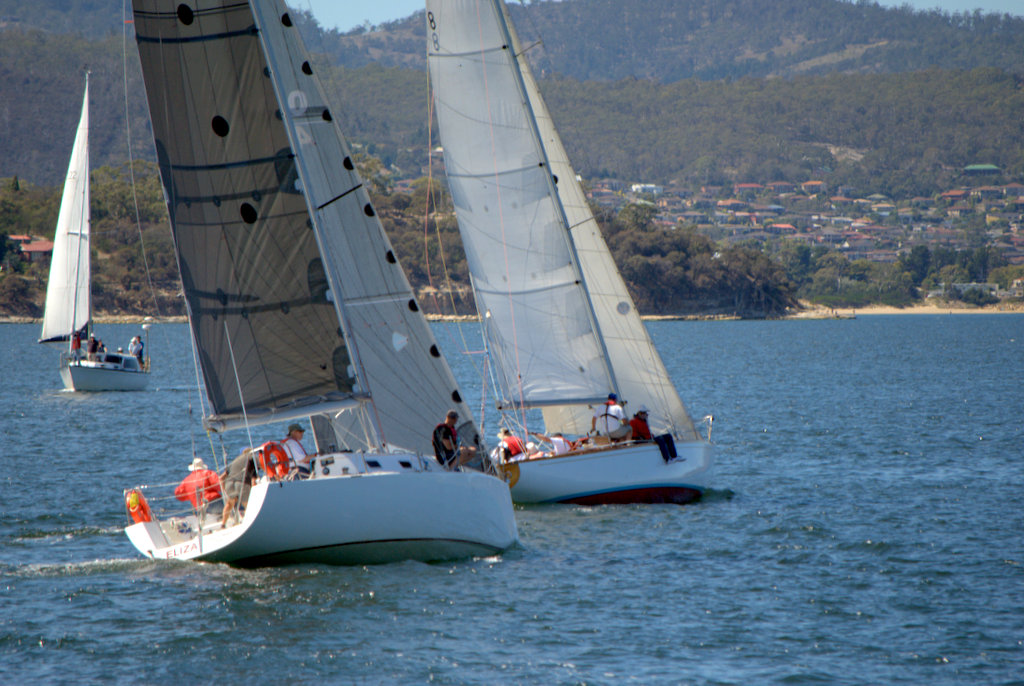 Hobart’s River Derwent turned on a magnificent sailing day to wind up the summer season of 2015-2016, with more than 100 yachts, off-the-beach classes and catamarans providing a colourful sight on the river.

For the Combined Clubs Harbour Series yesterday was the last day of pennant racing, while the off-the-beach classes, Cadets, Flying 11s, Sharpies and Paper Tigers will continue their State championships today.

Bellerive Yacht Club member Jeff Cordell went into the final day of racing in the Harbour Series leading narrowly in all three handicap categories in Division 1, but he ended the day winning only one pennant. Nevertheless, Cordell has had an outstanding season with his Mumm 36 B&G Advantage ending the season yesterday with a first and second on AMS corrected time in the two windward/leeward mid-river races which gave him the pennant in that category.

B&G Advantage placed second overall in the PHS category, beaten for the overall pennant by fellow BYC members Michael Boutchard and David Kirkland in Mem. Yesterday, Mem finished the season with a third and first while B&G Advantage had a fifth and an eighth.

In the IRC category, another BYC boat, Tony Williams’ Martela finished the final day with 4-1 score to B&G Advantage’s 3-2, with the final margin just one point on Martela’s favour.

A countback was needed to decide the winner of Division 2 (PHS) after Rousabout (Grahame Inglis) and Trouble (Dave Willans) both finished on a net 15 points. Both boats had a first and third placing yesterday, but the countback in Rousabout’s favour came her first place in race 10 which gave her four wins to Trouble’s three.