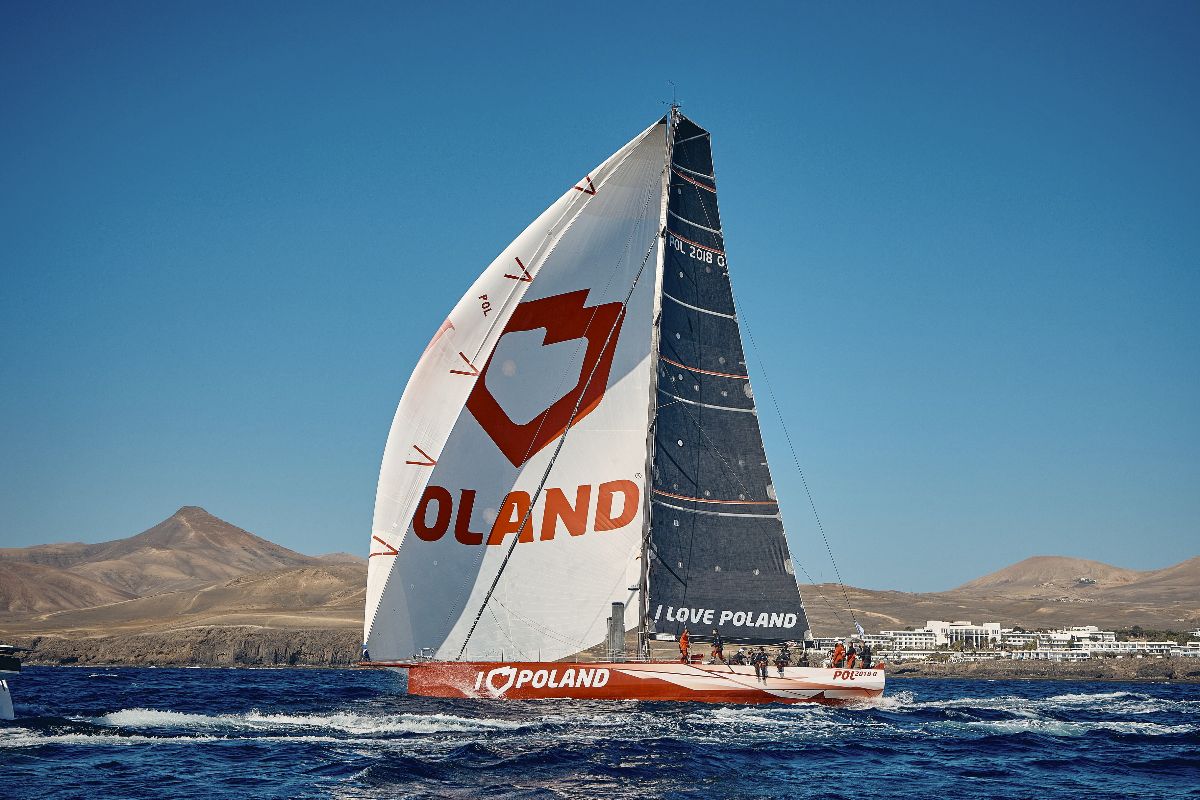 Following on from its inshore and offshore circuits in the Mediterranean, for 2022 the International Maxi Association introduced its new Caribbean Maxi Challenge.

Over the course of the four events more than 30 maxis (of 60-plus ft) took part including several of the most high profile international teams, such as George David’s Rambler 88, the Farr 100 Leopard, Wendy Schmidt’s new Botin Partners 85 Deep Blue, the former Maxi 72s Vesper and Bella Mente campaigned by Americans Jim Swartz and Hap Fauth respectively. However, most of these only competed in one event whereas to qualify for the IMA Caribbean Maxi Challenge requires two.

Volvo Ocean Race boats, notably the newer VO65s and VO70s, are popular for this series and represented around one third of the maxi fleet that competed in the Caribbean this season. However, many are charter boats whereas the ultimate winner, I Love Poland was sailed by the same crew in both the RORC Caribbean 600 and St Maarten Heineken Regatta – the two events in which she competed. The majority of the I Love Poland crew was aged between 17 and 31.

The strongest maxi turnout, and thus also earning the most points, was in the RORC Caribbean 600 in which, under IRC corrected time, I Love Poland finished third overall. She then went on to finish third at St Maarten Heineken Regatta behind two VO65s, her compatriots on board Sailing Poland and Janssen de Jong – Dutchman.

These two results were enough to leave I Love Poland leading the Caribbean Maxi Challenge from Leopard3 by two points and at the end of this weekend’s final points tally, the young Polish team clinched the inaugural title and an antique silver trophy (right) which will be presented in September at the Maxi Yacht Rolex Cup.

While most IMA maxis are privately owned and campaigned, I Love Poland is very different. The campaign of the eye-catching red and white VO70 is an educational and sporting project funded by the Polish National Foundation. The project aims to support and train up young Polish sailors wished to further their sailing careers by participating in the world’s most important and prestigious regattas in the world aboard a modern race yacht.

Formerly Puma Ocean Racing’s Mar Mostro, which finished third in the 2011-12 Volvo Ocean Race under skipper Ken Read, the VO70 was acquired by the Poles in 2018. Since then, almost 1000 young Poles from a variety of sailing backgrounds have applied to be part of I Love Poland’s crew. I Love Poland has enjoyed an intense race program that has taken her from her home port of Gdynia to the UK to the Mediterranean, across to the Caribbean and up the US’ eastern seaboard to New York.

Accolades have included winning line honours in the 2020 Rolex Middle Sea Race and coming home fifth in the 2021 Rolex Fastnet Race’s highly competitive maxi fleet, when for a brief period 24 hour into the race she led the entire IRC fleet.

I Love Poland’s skipper, former match racer Grzegorz Baranowski commented: the form of the IMA’s Caribbean Maxi Challenge is great because it makes us think about whole journey around the Caribbean as several events, not just as one and the extra difficulty this creates competing with the same team.

“Winning the IMA Caribbean Maxi Challenge is significant for our team especially because it is a welcome accolade for the very young Polish sailors we have on board who have aspirations to become offshore sailors.

“We very much hope to go back to the Caribbean and defend our title and to get better results. But this depends on the future plans of the Polish National Foundation. We already are very thankful to them for giving us the opportunity to achieve our goals and fulfil our dreams.”

Andrew McIrvine, Secretary General of the International Maxi Association and freshly returned from Antigua Sailing Week, said: “We are pleased with the strong turn-out of maxi yachts for the IMA’s first Caribbean Maxi Challenge. We hope our annual championship will both encourage more maxi yachts from around the world to come to the Caribbean to race and help our race organiser partners by boosting the size of their fleets.”

The maxi racing calendar now moves on to the Mediterranean with the third event of its 2021-22 Mediterranean Maxi Offshore Challenge, the Regata dei Tre Golfi (the offshore part of the IMA Maxi European Championship) sets sail from Naples this Friday evening.