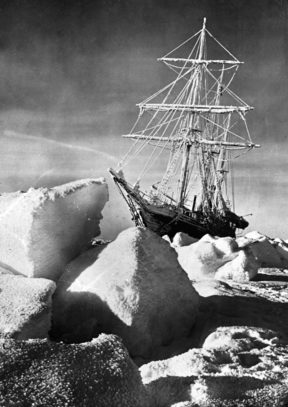 Endurance in the Weddell Sea

A scientific expedition in the Antarctic has set out on a quest to find Sir Ernest Shackleton's lost ship.

The team has spent the past two weeks investigating the Larsen C Ice Shelf and the continent's biggest iceberg, known as A68. And this puts it just a few hundred km from the last recorded position of the famous British explorer's vessel, the Endurance.

The polar steam-yacht was crushed in sea-ice and sank in November 1915. Shackleton's extraordinary escape from this loss, saving his crew, means there is considerable interest in finding the wreck.

Endurance should be resting on the ocean floor, some 3000m down.

'The enemy is ice'

Donald Lamont who is on the expedition committee told Morning Report, for the team as was for Ernest Shackleton, “the enemy is ice”.

“We're not trying to retrieve anything. Our aim is to photograph it, document the precise location and report these to the UK authorities for designation as a historic site through the Antarctic Treaty.”

It will be then protected and people that might want to take an expedition there to retrieve items wouldn't be able to do so without permission.

He said the expedition arose from curiosity and scientific activity.

“Is it intact? Has it been crushed? At 3000m in the Antarctic is there anything that might eat away at the wood? Most people think it will be very much recognisable, sitting relatively upright. Human beings like to know these things.”

On Sunday, the researchers announced that their work at Larsen and A68 was complete, and that they would now concentrate on finding the wreck.