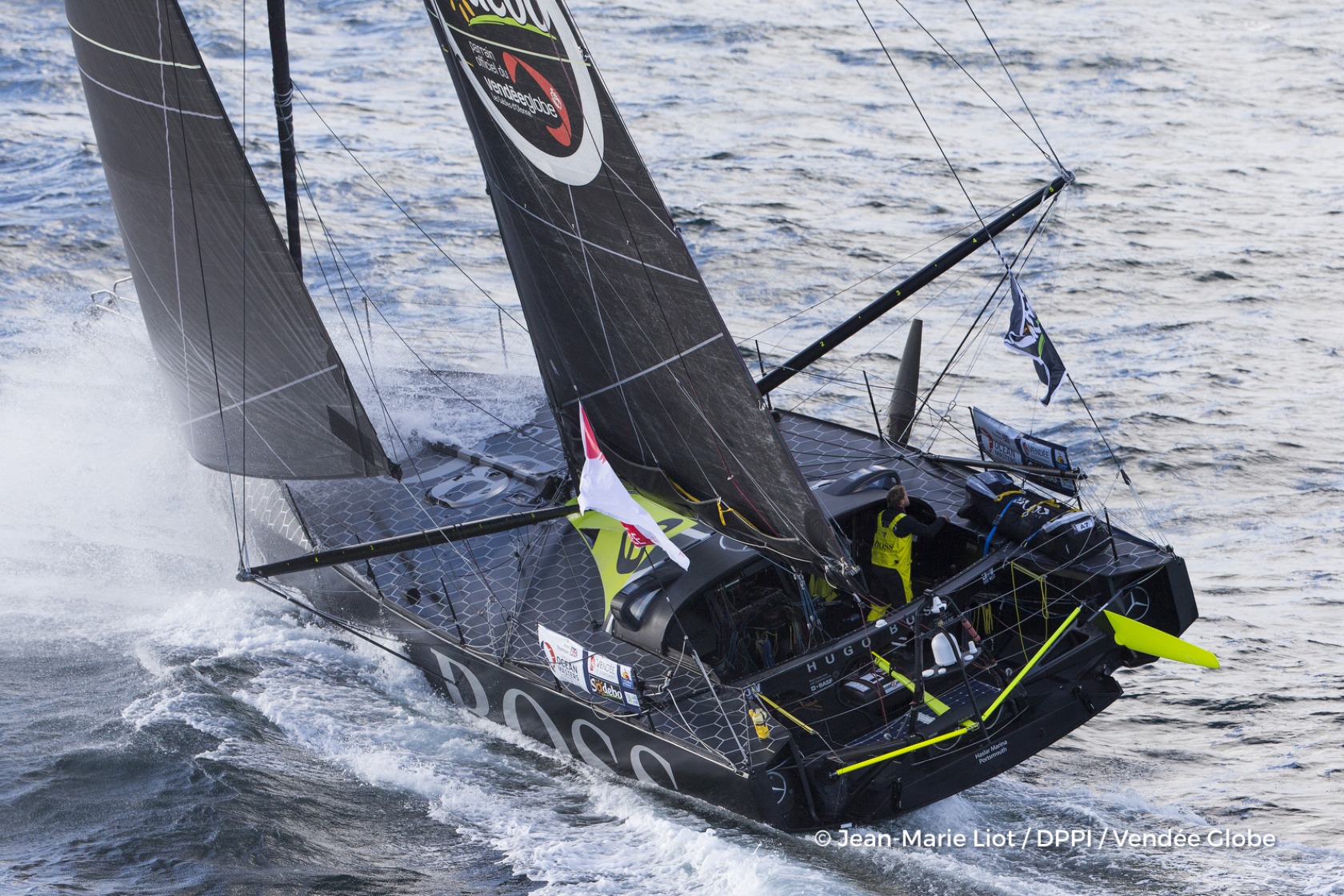 The sole British skipper in the solo round the world race has made impressive speeds since breaking the appendage on November 19, not only holding off the attack from second-placed Armel Le Cléac'h but also setting a new race record from Les Sables d'Olonne to the Cape of Good Hope of under 18 days. But after gybing just before midnight UTC, around 12 hours after passing into the Southern Ocean, he was able to deploy his remaining intact foil and boost Hugo Boss to speeds of more than 20 knots.

The speedo didn't stay there for long however as Thomson ran into the back of a front, blocking his path to the next low pressure train moving east. The duel between Thomson and Banque Populaire VIII skipper Le Cléac'h, raging since the November 6 start, is set to continue with the latter opting for a more southerly position to Thomson's route. With the forecast uncertain for the coming 24 hours it is a lottery as to which skipper will be at the front of the fleet tomorrow. “It's going to be a bit shifty for the next 24 hours – it's not entirely clear what's going to happen,” Thomson said. “I've got light winds ahead of me and I'm bumping into a little front that passed me last night. I'm just trying to sail as best and as quickly as I can east. There's slightly more wind to the north so I'm favouring that slightly but our routings probably have Banque Populaire and I ending up in the same position.”

Seb Josse, the only other sailor to pass the Cape of Good Hope, today slipped to 290nm behind the frontrunners and must now wait for a depression forming to the south east of his position to scoop him up. Now in a completely different weather system to the leading pair, fourth-placed Paul Meilhat on SMA and Jérémie Beyou on Maître CoQ were still a day away from the longitude of the Cape of Good Hope. Being several days behind the pacesetters hasn't dampened sixth-placed Quéguiner-Leucémie Espoirskipper Yann Eliès' desire to finish on the podium. “We all know that in the Vendée Globe you have to be fast, but you also have to finish,” he said. “I can remember how, in the 2008 Vendée, Armel finished second while a month before the finish he was back in fifth place. I know that it can be done.”

The chasing trio of Jean-Pierre Dick, Jean Le Cam and Thomas Ruyant were the fastest in the fleet this afternoon with speeds cresting 19 knots. Dick, who finished fourth in the 2012/13 Vendée Globe, said he was determined to keep his boat StMichel Virbac at full throttle and his dreams of winning the race alive. “I'm not some old geezer out here for fun,” he said. “I am trying to attack.” More than a day behind there was a race within a race between six boats from Louis Burton's 11th-placed Bureau Vallée to Nandor Fa's Spirit of Hungary in 16th all split by less than 70nm.