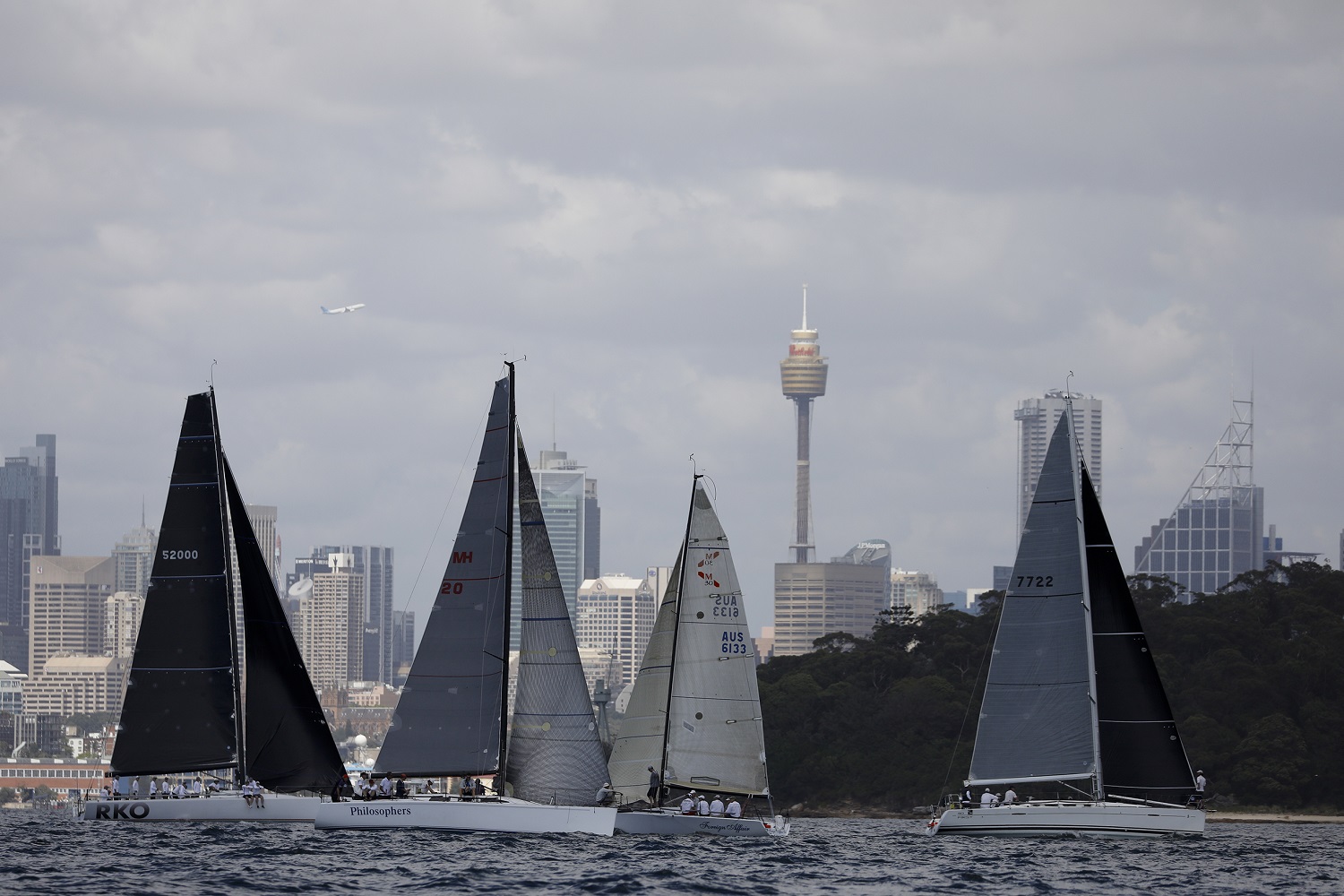 Kwok and his tight-knit crew are in town ahead of the Rolex Sydney Hobart Yacht Race, honing their skills on their TP52, Team Beau Geste. They won Division 1 overall by nearly 10 minutes from their nearest rival, RKO, the TP52 owned by Aaron Rowe.

Ironically, Rowe will co-skipper Kwok’s larger Botin 80, Beau Geste in the upcoming Sydney Hobart, so it was an all-win situation as the two boats use each other for fine tuning. A third TP52, Koa, owned by Andy Kearnan and Peter Wrigley, filled out third place overall, a further minute away.

Division 2 winner was Phil Dash, with his Beneteau First 40, JustADash. Dash has proved a formidable opponent to all-comers, winning Division 2 of the SSORC for the past three years, and today was no different, despite the class field he took on.

JustADash overcame a strong challenge from champion skiff and yacht sailor, Peter Sorensen who skippered the latest Philosopher, a Cookson 12, to second place – a mere 52 seconds between the two overall. The Matt Wilkinson skippered Foreign Affair, a Farr 30, was third overall.

Conditions tormented the fleet, north at the start, then east-nor-east and then flicking around to the north towards the end – while competitors also coped with a south-easterly swell, otherwise it was a beautiful sunny day out.

“Conditions made the sea choppy at the beginning, but it got better as we worked our way to Lion Island,” Dash commented this afternoon from Middle Harbour Yacht Club where his crew were enjoying the post-race festivities on the beach.

“We had a good work up to the Island, except near the Heads, where things weren’t going so well, but it all came together. We were in reasonable shape sailing back to the Watsons Bay finish under spinnaker,” he said.

“A lovely day and 15-18 knots the wind increased to on the return leg. We had a good race with Sorro (Sorensen) and Toy Box 2 (Ian Box’s XP-44, which finished fourth). We sailed well; the crew did a really good job.”

Tomorrow’s racing may mix results up a bit, as the fleet will sail on windward-leeward courses off Sydney Heads.

While the two divisions enjoyed the passage race, a further 26 boats thrashed it out in the pursuit-style ‘7 Islands Race’, starting and finishing at MHYC and taking in Fort Dennison, Cockatoo, Spectacle, Snapper, Goat, Clark and Shark Islands. It’s a fun affair and there are usually a few overtaking lanes to heat the race up.

Middle Harbour Yacht Club would like to thank its sponsors: Helly Hansen, Sydney City Marine, Key Sun Laboratories, Robert Oatley Vineyards, Club Marine and cocoSAMU for their support to the Club and its events.

Full results and all information at: www.ssorc.mhyc.com.au