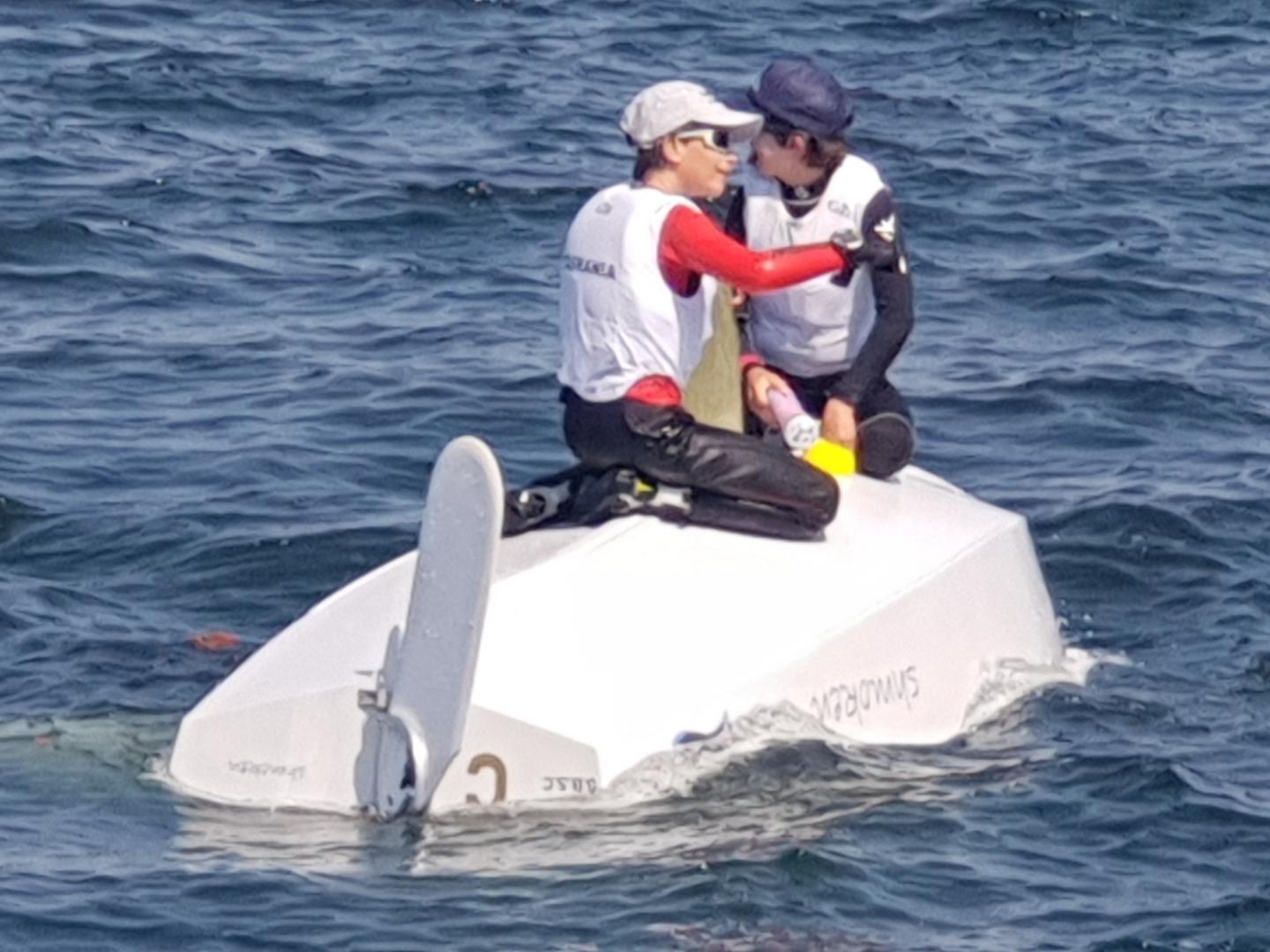 Allison (13) and James (12), sailing Shmoken, won the Championship, conducted by their own club on Hobart’s River Derwent, from fellow SBSC members Archie Ibbott and Sam Hooper in Little Devil by just two points.

Both crews sailed outstandingly well in conditions that varied from a fresh River Derwent sea breeze to light and fluky conditions on the final day, with Shmoken’s race 11 win a key to their overall championship victory.

Going into yesterday’s final three races, Ibbott and Hooper had a clear margin but Allison and Gough sailed better, finishing the regatta with an 8-1-5 score as against their nearest opponent’s 6-6-10.

Both used their worst race of the day as their second discard with Shmoken end with a net 25 points, Little Devil 27.

For 13-year-old Hugo, this is his second Australian championship win, the first as crew for Sam Tiedemann who earlier in the week was winning helmsman on Philosopher in the Launceston to Hobart race.

Hugo and James both come with fine sail pedigrees from their parents. Hugo’s mother, the Commodore of Sandy Bay Sailing Club, sailed internationally in Cadets as a young teenager and is the current Australian women’s champion helm in SB20 sports boats. Father Will is also a regular sailor.

Third overall in the Cadet Nationals went to Sparkle, sailed by Emma Kelly and Will Farnell from Royal Geelong Yacht Club in Victoria.