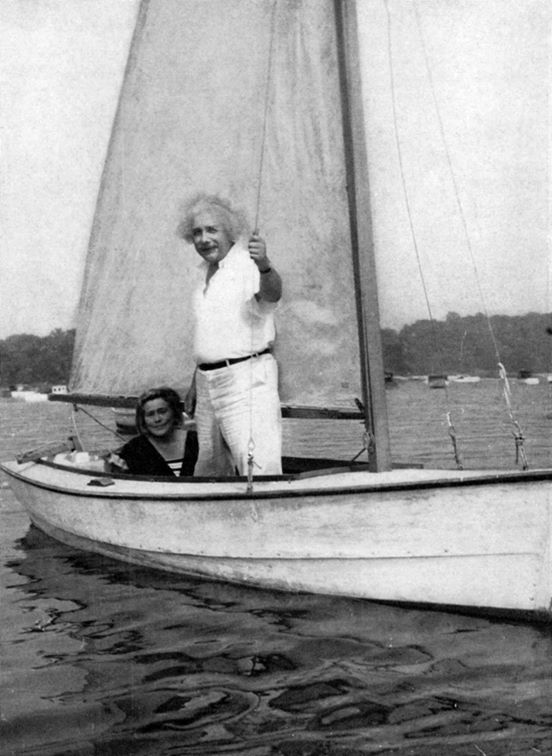 If the world's most famous physicist Albert Einstein is any guide, modern-day scientists need to get out of the lab more and onto the water.

Around 1900, a cheeky Swiss patent clerk wrote to a friend about four scientific papers he had been working on in his spare time. He described them as revolutionary, claiming they would one day modify the “theory of space and time”.

The then 18-year-old had just learnt to sail but maybe physics wasn't the only thing on the mind of the budding genius when he regularly ventured out onto the Alpine lakes of Switzerland. His crew was the daughter of his landlady Suzanne Markwalder. According to Markwalder, when the breeze dropped and the sails sagged, Einstein would whip out his notebook and begin scribbling away.

“But as soon as there was a breath of wind,” she said, “he was ready to start sailing again.”

The pair became lifelong friends after bonding on their sailing trips.

Suzanne's observation sheds light on how “Young Einstein the sailor” first cracked the laws of physics in 1905. His first three articles relied on a stationary observer. He'd obviously figured out the concepts of space and time while becalmed on a lake.

It took 10 more years of sailing to figure out the hard physics bit — what happens when velocity and relativity are constantly changing — or put simply, when the breeze comes up.

Read the full story at the ABC.