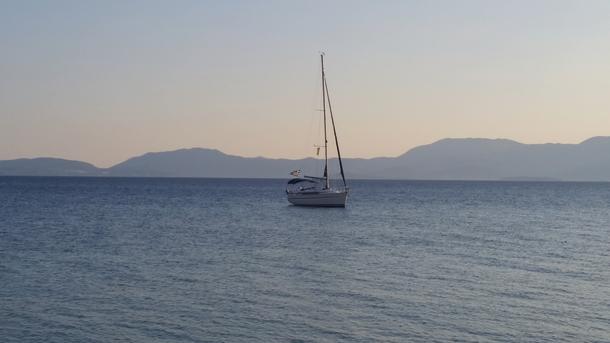 You wouldn't leave your vehicle in a car park with the windows down, the keys in the ignition, and full tank of fuel on board. Rain or vandals could damage it and it could easily be stolen, and then go on to cause all sorts of additional issues for a lot of other people.

So it is not hard to see that you should not leave your boat unattended, swinging around on its anchor. You might say you can lock it up and head ashore, just as you would leave the car and head into the shopping centre, but they are not the same. There is no ‘P’ to move the gear selector to, and no handbrake to apply. There is far more of an onus on you to apply a reasonable common sense test, and ask yourself, “am I really doing the best thing by all?”

Boats are in a constant state of flux. They are susceptible to multiple inputs, often simultaneously. Usually it is not one thing going awry that leads to disaster, but more a collection, or string of events, with the first merely one stop on the train ride to a very bad place.

Of course, the old adage about a chain is only as strong as its weakest link comes to mind promptly, and it is incredibly apt here, given that this is an article about leaving your boat unattended whilst at anchor. Boats stop and go by virtue of things like anchors or ropes to a quay or wharf, and go via sails or engines. All these things have variables, like depth of water, wind, fuel and so on. We have another article about how best to perform safe anchoring, which you can read here.

The key is to remember to never turn your back on the ocean. Weather and tides change all the time. What might have been a safe anchorage when you arrived could turn into a 6 knot tidal flow on the next change. Alternatively, a new wind may blow in from nowhere, and if you’re up at dinner or asleep in a hotel ashore, you’ve just left your boat to make choices for itself. Without human intervention, they always go for the one with the biggest muscles.

At that point you’re asking your insurer to make a leap of faith for you, and the answers may not necessarily be the ones you want to hear, either. Leaving a boat unattended at anchor for an extended period of time overnight, or even during the day, is risky due to potential changes in the overall weather window. Namely tide, wind, and waves; any one of them in isolation can be serious, and with all three it’s pretty much bound to be.

So before you step off, ask yourself, “Am I taking a risk that I want to take, or am I taking a risk lightly because my insurance company will deal with it?” Remember, it is only if you are not on board, because if you are, you can do something to prevent it going from a simple anchor dragging to a total misery. That’s the human intervention we mentioned earlier. There are your own senses to help you, and also many an electronic aid in the form of Radar and GPS.

Ultimately, it’s no accident if a boat drags when you are not there. More like a matter of time really, and one example comes to mind immediately. A section of corroded chain on the sea floor fouled an anchor when it moved, and the boat up top had a speedy and sorry demise to near death, many miles away. The owners had been on board for several days waiting to get into a local marina, and decided that as nothing had happened already, that they could go ashore for the night.

The simple version is that the wind rose, the tide dropped and the boat was holed, lost a rudder and sail drive all together, as well as extensive damage from water ingress into the starboard hull. Her 30m of 10mm chain and 30kg CQR were rendered useless as the damage bill climbed towards $100,000 and took four months to rectify, all of which becomes a very expensive night ashore.

So what does it all mean? Well you should consider hiring someone to be your anchor watch. In a lot of the world it is cheap, and then too, in other parts it is downright dangerous, so you need to pick your country. Also, you can always reshuffle the deck so you can get a berth in a marina, and then have that precious time ashore.

Simply put, just think of this. When you’re at anchor, make sure your boat is held fast in the first place, and then keep checking it at regular intervals. Why? Because things always change, and that’s especially so when at sea.

Now if you want clarification on your policy, or to review your requirements, please talk with the crew that know boats. Go to www.pantaenius.com.au or call (02) 9936 1670 today and see why everything from superyachts to global cruisers choose the marine originated, all-risk policy that only Pantaenius can provide you with.