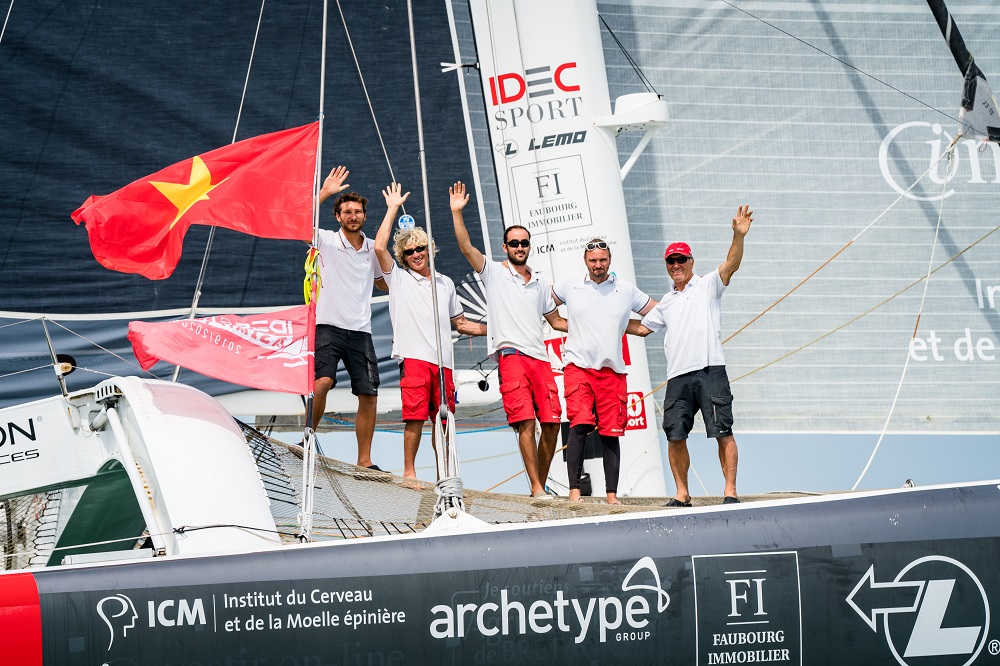 IDEC and her crew depart for China - Quinn Ryan pic

Act 3 of the IDEC Sport Asian Tour started early this morning for Francis Joyon and his crew, who left Vietnam (Ho Chi Minh City) at 0255hrs UTC and crossed the start line off Port Saigon, heading for China, in light winds and calm seas.

The maxi-trimaran is heading to the Chinese city of Shenzhen, some 870 nautical miles away and marks the end of this new series of records launched by the winner of the last Route du Rhum.

Conditions were fine this morning for the start, but the wind is expected to freshen in the coming hours. IDEC’s crew will have to be careful during the first part of this course to avoid the many islands, fishermen and shipping in the China Sea.

Francis Joyon: “We’ll be taking things cautiously, trying to tack along the coast, where there will probably be less wind. After that, we’ll have headwinds throughout the course, but they won’t be so hard to deal with, around 20 knots.

“We are going to have to make our way around all the little islands on our route. Once the first part of the route is behind us, it should be fine.”

IDEC Sport is due to arrive in Shenzhen between Wednesday and Thursday, setting a new crewed reference time for this new record.

The fourth and final Act of the IDEC Sport Asian Tour will take place in mid-January. It will be the legendary Clipper Route between Hong Kong and London.