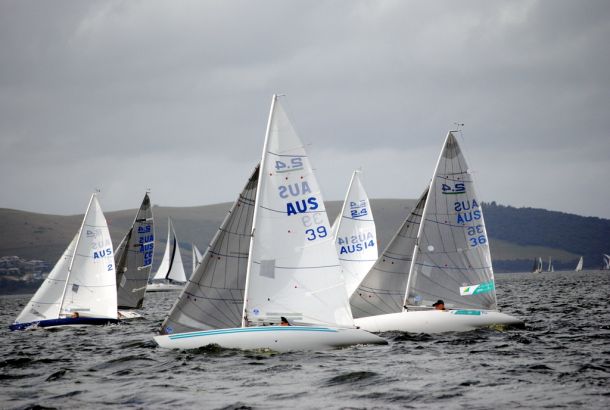 The Royal Yacht Club of Tasmania will host the 2016 World Championship for the International 2.4mR single-handed keelboat class on Hobart’s River Derwent early next January.

While an open championship, the regatta will have a major significance in the lead-up to the 2016 Paralympic Games in Rio de Janeiro as the 2.4mR is one of three sailing classes for the Games.

The Australian National and World Championships regatta will be sailed on the Derwent from January 2-10, 2016, with an expected fleet of between 40 and 50 boats, half of them from overseas. The Worlds will be from January 6-10.

Announcing the program for the Worlds, RYCT Commodore Matthew Johnston said today that the Club had received the first international entry, from the noted British sailor Megan Pascoe, just 24 hours after the Notice of Race and Entry Form went online this week.

Megan finished sixth overall and second woman sailor in the recent World Championships for the 2.4mR class at Rauma in Finland, contested by a fleet of 103 boats. Her scorecard included a win and a second in the 11-race regatta.

Swedish sailor Stellan Berlin, who won his ninth World championship at the recent Worlds in Rauma, is also expected to defend his title on the Derwent. Berlin won four of the 11 races at Rauma.

“The Royal Yacht Club of Tasmania has a proud history with the 2.4mR class and has produced some of the best in the class, including the current Australian champion and London Paralympic sailor Matt Bugg,” Commodore Johnston said.

“We will be playing host to many of the best 2.4mR sailors in the World, both able-bodied and disabled sailors, with the regatta of major significance to those aiming to represent their nations at the Rio Paralympics later in 2016.

“With so many nations likely to be represented it will be great opportunity to also showcase Tasmania to the sailors, their support crews and their families,” Commodore Johnston added.

The ISAF Sailing World Cup will be held on Melbourne’s Port Phillip from December 7-13, 2015, with the 2.4mR class racing out of the RYCV, followed by the International 2.4mR Australian and World Championship at the RYCT from January 2-10, 2016.

Between 15 and 20 Australians, able and disabled, are expected to contest the Nationals and Worlds on the River Derwent, including at least seven Tasmanian sailors.