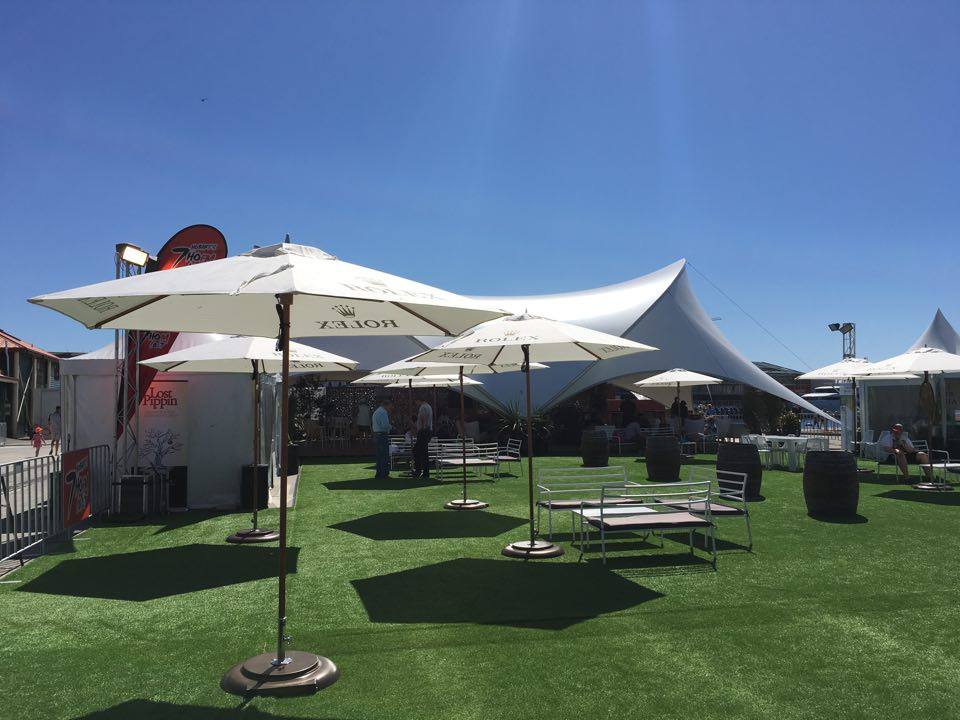 The Hobart Race Village gave friends and family a comfortable place to wait for their boat.

While the Rolex Sydney Hobart fleet slowly trickled in to Constitution Dock the Hobart Race Village became a saviour for the friends and family patiently waiting for their boat to arrive. The coffee car was giving people their fix for the morning while the bars showcased the best of Tassie's beer, cider and wine in the afternoon.

There was entertainment throughout the day including an acrobatic woman who put herself into a tiny box and some live bands in the afternoon. The usual commentator was on hand to announce the fleet as they arrived.

The locals had the opportunity to get up close to the prestigious Tattersall's Cup as they waited to find out who the winner would be.

At the time of writing the twelfth boat had just crossed the finish line, almost four days after the start. It has been a slow race and the race village has definitely filled it's purpose.