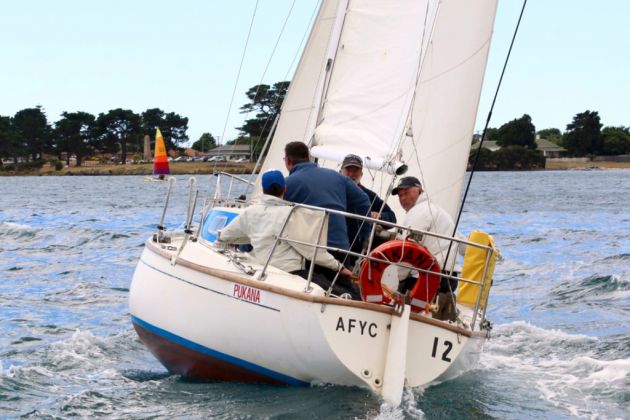 Corrected time results for handicap honours in the Launceston to Hobart Yacht Race seem certain to favour smaller boats after the slowest elapsed time in the nine editions of the race since 2007.

For the first time, the line honours winner and race record-holder The Fork in the Road took more than two days (2 days and 49 seconds) to sail the 285 nautical mile course down Tasmania’s East Coast.

With the last boat, Pukana, not finishing until 6:12:20pm this evening, the Derwent Sailing Squadron has decided not to announce the results for the three handicap categories, PHS, AMS and IRC, until the scheduled prize giving at the club at 1.00pm today.

Smaller boats, with low handicaps that finished well up in the fleet, include Emotional Rescue, Silicon Ship, Lawless, Off-Piste and Kaiulani and any, or all of these boats could achieve a podium finish.

The completion of the race, even in last place, by Pukana, aged 41 and the first yacht to represent Austins Ferry Yacht Club was a special moment for owner/skipper Andrew Matton-Johnson.

Two years ago he had to withdraw Pukana from the race before the start when severe winds and waves in Bass Strait damaged the little yacht’s mast on the delivery trip from Hobart.