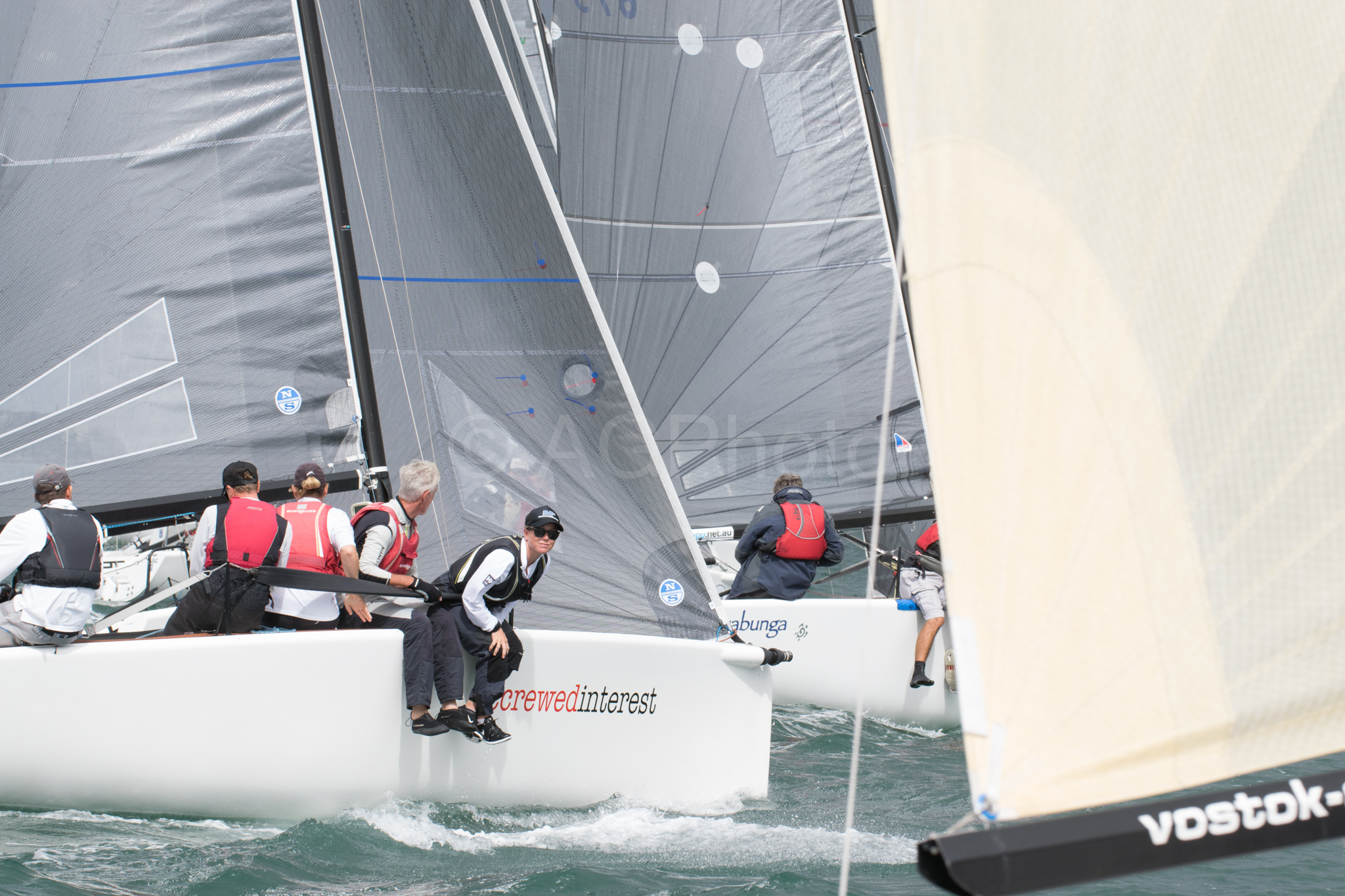 South Australia’s former America’s Cup yachtsman Robbie Deussen, sailing Red Mist, today won the final two heats of the Musto Melges 24 Nationals, but it was too little too late as he secured second place overall behind six-time 505 Australian title holder, Sandy Higgins, who won the series with a day to spare.

The final day delivered two of three heat wins for Deussen and crew in the series, held on Boston Bay off Port Lincoln. The event attracted 12 boats from three states and a plethora of quality sailors.

In Heat 9, defending champion Andy Wharton in Accrewed Interest led to the top mark the first time, but Red Mist drew even at the bottom gate, with the boats going left and right with Red Mist dominating the final beat to the finish.

Series winner Higgins had to settle for third place, followed by Dave Alexander in The Farm.

Alexander’s form was hot on the day after a mixed series, turning a great start in the final race into a leading position throughout the first windward-leeward, however was slow getting the spinnaker up, creating an opportunity for Deussen to pass.

A gybing duel ensued, with Red Mist holding out Alexander by about three seconds at the finish.

Provisional results place The Farm third overall, the boat being one of just four to secure wins during the series.

Higgins won five of the 10 heats, Deussen three and one each to Penultimate Challenge (Jon Newman, Victoria) and The Farm (Dave Alexander, South Australia).

Both heats on the final day were sailed in 10 to 12-knot breezes with the series was characterised by close one-design racing and most of the fleet finishing within a minute of each other in most heats.

Outgoing Melges 24 Association president, Ken Abbott, said he was delighted with the national series and the decision to be part of the Teakle Classic Lincoln Week Regatta had been a good one.

The next Melges 24 National Championships are set to be held in New South Wales next year at a venue to be decided.