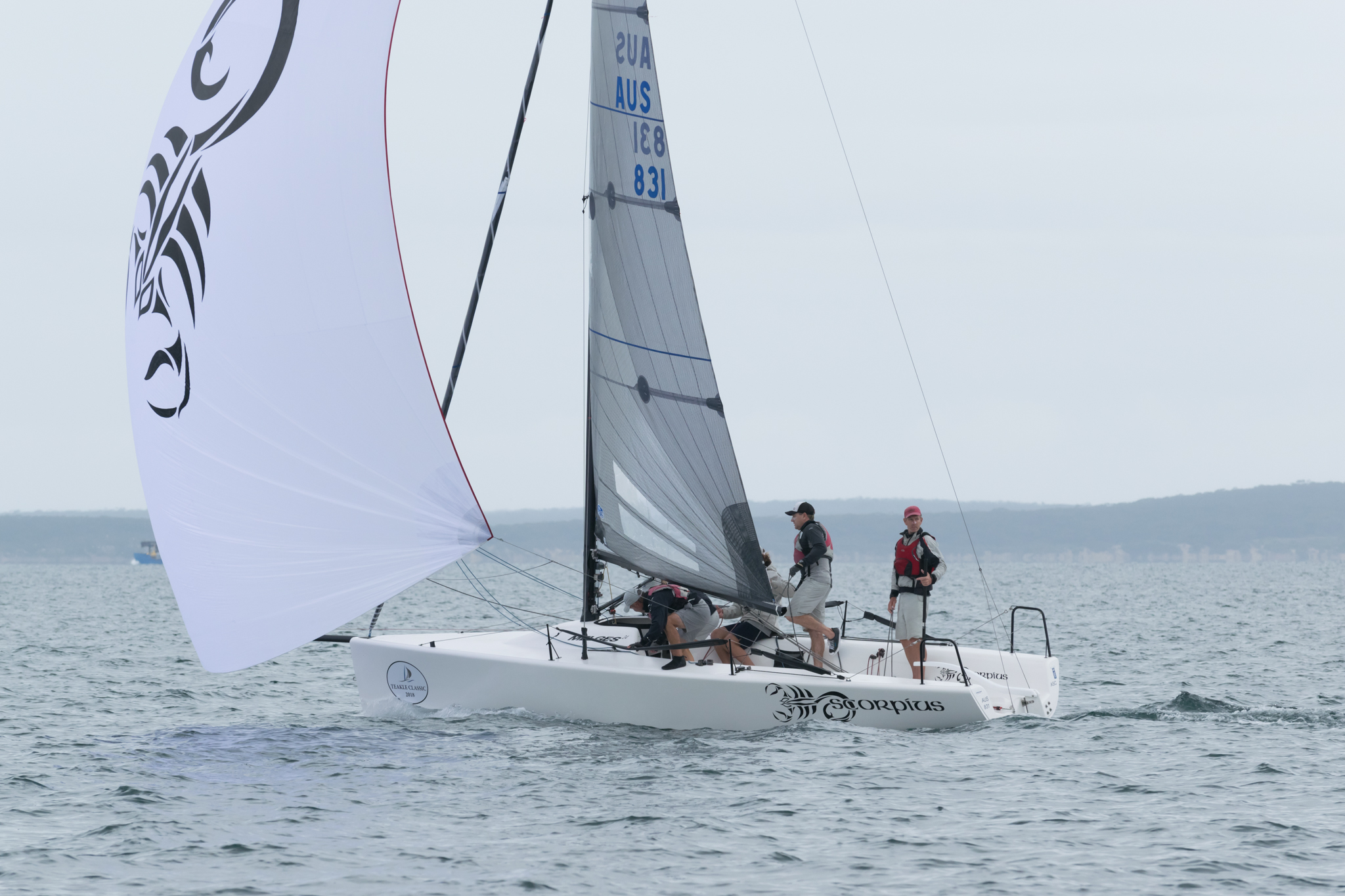 Sandy Higgins' Scorpius has maintained the lead in the regatta. Photo Harry Fisher.

South Australia’s Sandy Higgins, sailing on Scorpius, took a stranglehold on the Australian Melges 24 Championship, taking out the fifth heat of the series on the second day today in tricky and light breezes off Port Lincoln.

It was the third bullet for Higgins, who has also recorded a second and a fifth to date.

Fellow South Australian Robbie Deussen, skippering Red Mist and a three-time Australian Sharpie champion, has stuck doggedly at the heels of Higgins throughout the first half of the series and has notched two thirds today after paying the price for choosing the wrong side of the course.

But it wasn’t all Scorpius – heat 4 was won by Dave Alexander of Adelaide Sailing Club, helming The Farm, who came home 37 seconds ahead of Doug Watson in Rank Bajin, with Deussen third.

Alexander was pushed by Andy Wharton from Accrewed Interest who led at the top mark, and also by Higgins.

With breezes in the 4 to 8-knot range and shifting, picking the right side of the windward works was difficult for the 12-boat fleet.

Defending champion Andy Wharton of New South Wales, sailing with a potent crew including two-time Olympian Krystal Weir, had a mixed day, but ultimately finished with a fourth and a second to add to his third in the first heat.

Wharton was first to the top mark in today’s first race but could not contain Alexander, who had to be satisfied with a fourth, then in the second race of the day was overshadowed by Higgins.

Five heats remain to be raced, with three scheduled for tomorrow in strengthening breezes, with a further two on Friday.