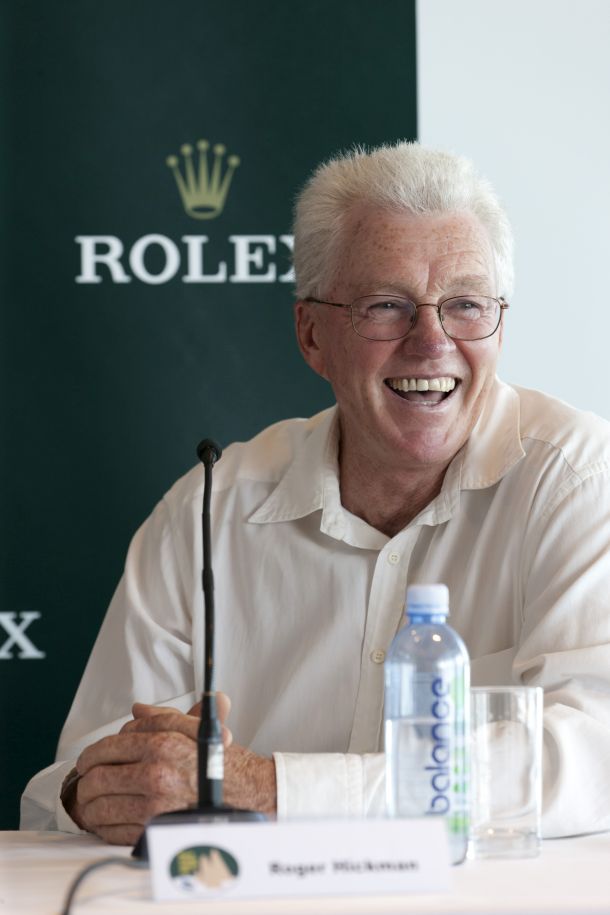 A brain tumour battle may have knocked the wind from his sails but Sydney yachtsman Roger Hickman vows that hell and high water won’t stop him from competing in the 2016 Sail Port Stephens regatta come April.

The owner/skipper of the famed Farr 43 Wild Rose already has one prestigious NSW IRC Championship title under his belt and is intent on earning another at Sail Port Stephens after his recent Sydney-Hobart campaign ended with a shock cancer diagnosis.

“Hicko” was taken from Wild Rose to Royal Hobart Hospital then flown back to Sydney for brain surgery. He remains under chemotherapy and radiotherapy but says the prognosis is good.

“I can’t read or write at the moment but there’s an upside to that – I can’t answer emails or pay bills, so how good’s that!” Hicko says with his trademark wit. “Instead I’m relying on that old-fashion style of communication called talking to people.”

He has told doctors he’d like his treatments finished before Sail Port Stephens, which runs April 11-17.

“They say you need a goal, well, being at Sail Port Stephens is mine. And of course we also want to be competitive,” he says. “I haven’t sailed since the Hobart race but I have a crew of 14 or 15 on Wild Rose so we should be right.

“The boat is still in Hobart and my neurologist reckons it would good to go down and get it once I’ve finished the therapy. They really push fitness and health now, whereas years ago they wrapped you in cotton wool.”

Hickman was recognised as the CYCA Ocean Racer of the Year Award in 2014 after a stellar 12 months in which Wild Rose finished first in both IRC and ORCi in the Rolex Sydney-Hobart and first in division in both the Australian and NSW IRC Championships.

As a long-time Sail Port Stephens competitor, he rates the regatta highly: “It’s just a lovely venue with beautiful waters and a real holiday atmosphere for us Sydneysiders,” Hickman says. “Also the race management has always been very, very good – and if that’s good then everything else follows, like the social environment.

“You can’t say enough about it – where else would you go? Nowhere.”

Yachting Australia President Matt Allen, patron for Sail Port Stephens, is also relishing the prospect of a strong IRC fleet as other owners follow Hickman’s lead. He is entering his TP52 Ichi Ban.

“There’s something quite unique about this regatta,” Allen said. “I was talking to some people the other day and asked them to name their favourite regatta – most of them said ‘Port Stephens’, which is interesting.

“The waters off Port Stephens are among the best in Australia and you get some terrific tactical racing against a good fleet of boats. You can also enjoy a couple of beers and have dinner, which brings the friendship and the camaraderie together. You’re not that far away from Sydney … but you’re far enough.”

Allen’s family have previously enjoyed the many onshore activities for which Port Stephens is renowned, like sand-dune surfing on Birubi Beach. He also appreciates the regatta’s eclectic racing mix, which draws a diverse group of sailors.

“You obviously have the sharper end of the fleet, along with the cruiser-racers and the people who just want to have a weekend with their mates. It’s really important that all forms of the sport are encouraged to co-exist like this,” he said. “Sailing is one of the few sports that you can do at almost any age, and you really see that at regattas like Sail Port Stephens.”