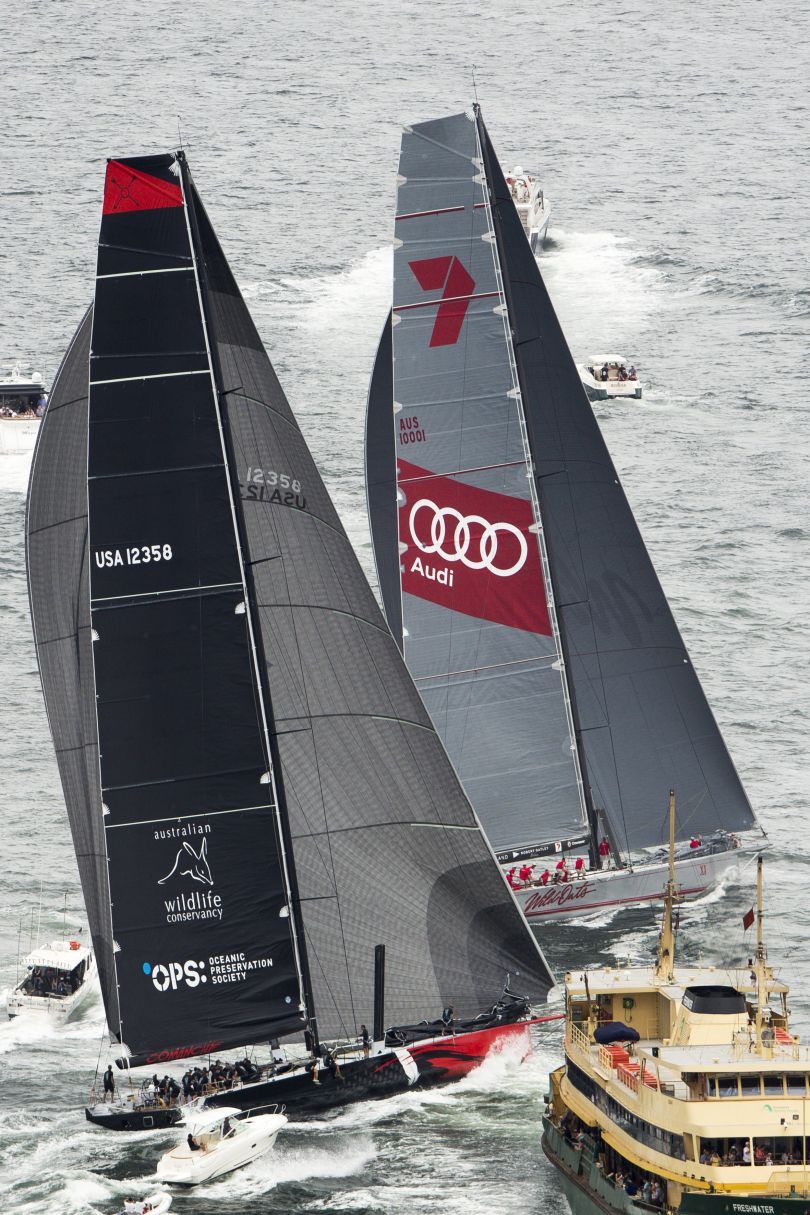 It was an epic battle right from the starter’s gun with Comanche, the new US built 100-foot supermaxi, leading the 2014 Rolex Sydney Hobart Yacht Race fleet out of the heads in record making speed. History-maker Wild Oats XI, rebranded with Audi Australia sponsorship, was quick on the chase and held a tough pursuit for much of the race bringing it home strong to take her 8th line honours win in a decade. Comanche finishing in second place only 50 minutes later.

On board both of these yachts was Henri Lloyd wet weather gear, protecting the crew from all the elements ocean racing throws forward. Needless to say this was a proud moment, not only for the crews, but also for marine technical brand Henri Lloyd.

Over almost a decade long partnership with Wild Oats X and XI, Henri Lloyd wet weather gear has been there to protect the crew right across their eight line honours wins and history making results in RSHYR and their many other pursuits. Fran Hahlos, brand manager of Henri Lloyd in Australia, commented that “it is such a huge honour to be able to work with these amazing boats and inspiring crews. These guys really know how to push the limits”.

These partnerships demand high performance and innovative technology. The crews need strength, ultimate protection, ease of moment, reduced weight and of course comfort to which Henri Lloyd has stepped up to the plate to provide the top of the range gear.

During 2014 Henri Lloyd launched the Elite Offshore range which it claims is the lightest, most breathable offshore gear on the global market. The suppliers claim that It exclusively utilises a unique extreme performance Gore-Tex fabric that is 30% lighter and 20% more breathable than any best of class predecessor. The reduced weights and increased breathability can be sensed by the wearer. They also claim that fatigue can be lessened and performance enhanced through the fabrics technological achievements.

By transferring the Gore Micro-Grid technology from Ocean garments the garment is not only tougher and more abrasion resistant but due to the low topography of the woven lining the outer layer glides easily over mid layers to reduce 'interlayer grab' which makes donning and doffing easier and reduces fatigue in wear. The Optivision Hood feature in which the transparent TPU windows allow wider peripheral vision without compromising protection for the face.

This is Henri Lloyd's new phase of exclusive marine garment technology. Paul Strzelecki, CEO of Henri Lloyd explained, “Our core mission is Intelligent Innovation, at Henri Lloyd our focus is on enhancing comfort and therefore performance on the water. The new Elite Offshore range sets new standards in both of these areas, it is the culmination of years of intensive development and we are proud of this range and are certain it will become the benchmark for high performance sailing equipment.”