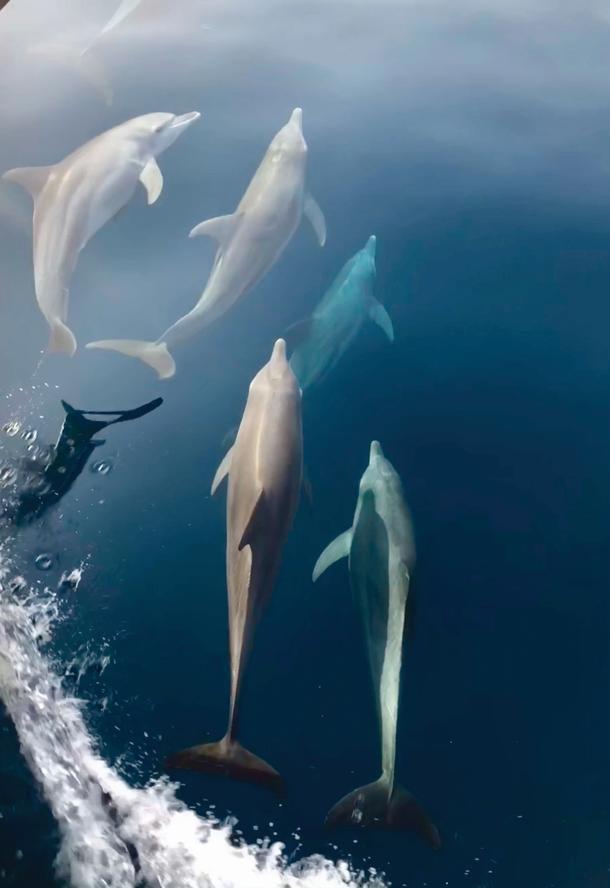 The coral and fishing might not have quite lived up to the expectations of some crew, but all 27 participants from 13 yachts that participated in the inaugural Andaman Islands Yacht carnival, 20th February to 21st March, agreed the whole experience was superb.

For our crew on board Bali Hai, a Jeanneau Sun Odyssey 44i, the attraction of the Andamans is a curious mix made up of love of all things Indian, its fascinating history as a penal colony, its amazing anthropological curiosity with tribespeople still living traditionally and untainted, the pristine beaches and gin-clear waters; but mostly it is the sheer exhilaration of travelling to somewhere so untouched, isolated and far away from the effects of tourism.

There are very few places within SE Asia where you can completely escape from the ever-increasing hordes of people and the seductive tendrils of social media, in the Andaman Islands the internet is almost completely non-existent. This is true even, to a large extent, in the bustling capital of the Andaman’s capital Port Blair, where downloading and replying to e-mails took us several hours sitting in our agent’s office. Some of the rally participants took to getting up at 3am to check their e-mails while at anchor in Port Blair, often with limited success.

There are only a tiny number of non-Indian tourists that visit the Andaman Islands, although we did see a few more European faces this year. Mostly, apart from ‘the yachters’ as we are known, they consisted of a smattering of backpackers, a handful of game fisherman and one or two surfers looking for the new Bali.

The only way to travel to the Andaman Islands, apart from arriving by yacht, is by air or boat from mainland India. This is about to change however, as an international terminal is currently being built. As yet no flights, other than private jets, have started arriving from other countries but it can only be a matter of time.

Indian tourists, of which there were around four hundred thousand in 2017, in the main, stay in Port Blair for a couple of days taking in the sites and then take one of the frequent ferries to Havelock or Neill Islands where they spend another few days. Very few travel further afield, so the rest of the islands are left for the exclusive enjoyment of cruising yachts.

In 2017 a small group of us who had met on the 2015 ‘Sail to wonderful Indonesia’ yacht rally, spent a glorious four weeks cruising this gorgeous part of the world. We had been warned that the Indian bureaucracy was such that employing an agent was essential to assist us through the quagmire of paperwork, rules and regulations.

Rathnam of Andaman Holidays had come highly recommended and we were extremely pleased that we had chosen him to assist us.

Our first hurdle was to obtain a visa. These islands are of strategic military importance being, along with the Nicobar Islands, India’s most eastern military outpost; plus the Indian government are determined to keep this special part of its territory in a pristine state. To protect tribespeople who live in reserves with very little or no outside contact the Andaman Islands are designated as a restricted area. The Nicobar islands are strictly off limits to any foreign national.

Last year every foreign national had to return to their country of residency to obtain a 30 day visa but this year Rathnam scored a major victory by persuading the authorities to allow rally participants to apply for visas at nominated consulates in the south east Asia region. Some of us had already applied in Australia when we made flying visits home; a few participants went through the process satisfactorily in Malaysia and Thailand.

During our first visit a number of us ‘yachters’ suggested to Rathnam that he organise a yacht rally, it turned out that he had already been thinking about this. We gave him contact details of rally organisers in Indonesia, Malaysia and Thailand and all made suggestions around cultural and other activities.

Rathnam already assisted in a major way to make the immigration/customs processes as smooth as possible in 2017 but it was a protracted and ultra-bureaucratic process. This year the whole thing was easier: no trip to the Harbour Master required as Rathnam was ‘acting harbour master’ for the rally. There was a multitude of forms to fill out still, which all required so many copies that it took a small forest worth of paper.

The immigration and customs people were delightful but about six people from each office turned up to every boat. The coast guard were fine, except this year they started searching our boat without permission, opening up lockers, poking about in the bilges and even taking out our fly and insect repellent aerosol sprays for photographing!

Exiting was much easier this year, although the day before we departed we had to provide screenshots of our routes and anchorages to check against our itinerary, which we had to submit before leaving for the islands. The immigration people met us in a building near the dinghy dock to stamp our passports and, on radioing port control, we were given immediate permission to leave. This smooth process was all to do with Rathnam’s determined diplomacy in the background, tiptoeing his way through the bureaucracy. Next year the processes promise to be even smoother.

Apart from the welcome assistance with officialdom, Andaman Holidays organised three events: two at the start of the rally and one at the end. These were enjoyable in every way and, apart from being entertaining and educational, also served as a focal point for participants to get to know one another, swap ideas and knowledge and then, at the final party, share stories of their sailing, scuba diving and adventures around the islands.

The opening event was attended by local officials, representatives from various government departments such as tourism and, importantly, the very charming and erudite Lieutenant Governor D K Joshi (retired) a former naval Admiral and, judging by his speech, a keen supporter of the yacht carnival. An experienced yachtsman himself, Admiral Joshi said that this was “the first but by no means the last Andaman’s yacht carnival”.

Describing the islands as “the last unexplored frontier” the Lieutenant Governor said that plans were afoot “to ease the visa regime” with the aim of providing online visa applications for nationals of countries who have the appropriate arrangements with India.

For the next three weeks we were free to explore some of the 300 or so splendid and mostly deserted islands.

Sadly, the coral throughout the Andaman Islands is no longer as spectacular as it was. This is due to the combined effects of the 2004 tsunami and a weather event in 2011, which caused the ocean temperature in the islands to rise resulting in severe coral bleaching. It is heartening, however, to see sensational variety of colours and varieties of coral are beginning to come back. We were very thrilled to see many new colourful coral buds both at Interview and other islands.

Taking a keel yacht to the east of Interview Island is not recommended due to shallow water and inaccurate Admiralty charts, so we explored some of this coastline by dinghy.

Large conch and clam shells, the sort you see at tourist shops in other places, were scattered on the beach. We marvelled at the hundreds of elaborate and intricate patterns made by the crabs; were intrigued at a fisherman’s bolthole complete with a treehouse, makeshift table and chairs and a snare for catching dinner.

Our stay at Interview Island was all too short but we wanted to spend a night at anchor between Point and Paget Islands. It diverged from our original itinerary but we liked the look of the place. It was a good choice as there was plenty to explore on both islands with lovely snorkelling of new coral and colourful fish.

We went for a lovely walk through a towering forest across to the other side of Point Island, spying a herd of healthy-looking deer and meeting the lone, resident dog. Smith Island is uninhabited but it looked like he was looked after by fishermen and others who happen to land here. He scored a big fat sausage and some lean steak from our group!

We visited other glorious uninhabited islands both on the way up and on the return journey, calling both ways at Havelock Island to our favourite restaurant Something Different.

SV Yantara managed to hook a marlin but, of course, it was a massive fish that “got away”. Our fisherman managed to catch plenty of tuna, we ate well and thoroughly enjoyed sashimi and mackerel steaks aplenty.

We also hit the town a little, dropping in to Mayabunder and the marvellously-named Diglipur, both of which we enjoyed.

Diglipur especially, despite not being able to buy beer, or indeed any alcohol, anywhere, even at the Pristine Resort which boasted a bar aptly named ‘Poison’. The food was great though.

We did quite a bit of walking in both tiny towns, watched a local cricket game for a while, the Indians love cricket! We wandered through the markets buying lots of locally grown fruit and vegetables, chatted to locals, took some tuk tuk trips and even had a couple of bus rides, which were quite an experience.

Everywhere was so colourful and vibrant, the women in their bright saris, the goats and cows wandering the streets, the bustling jetties, the fishermen bringing in their catch, often wading waist deep despite notices warning of crocodiles, the little roadside stalls selling fish and vegetables, the hooting anarchic traffic, the chattering children in their neatly pressed sparking white uniforms.

The wind in March in the Andaman Islands is typically light so we did end up doing quite a bit of motoring between anchorages. We were able, however, to raise our multi-purpose spinnaker a number of times, enjoying delightful sails.

After three weeks in the wilds it was time to return to Port Blair for the final event of the Andamans Yacht Carnival, which was held in the conference room of the wonderful Megapode Nest Resort. Perched high on a hill overlooking the sparking ocean out towards the entrance to Port Blair, this was a favourite lunchtime haunt of ours. The spectacular view, the feeling of being in another era and great food were the main attractions. Not forgetting the strong flavoursome and incredibly strong Kingfisher beer sold in tall bottles in the bar.

If you are planning to be in Thailand or Malaysia early in 2019, all this year’s participants would encourage you to put the Andaman Islands Yacht Carnival on your itinerary.

The Andaman Islands are about 420 nautical miles from Phuket, Thailand and just under 500nm from Langkawi, Malaysia.