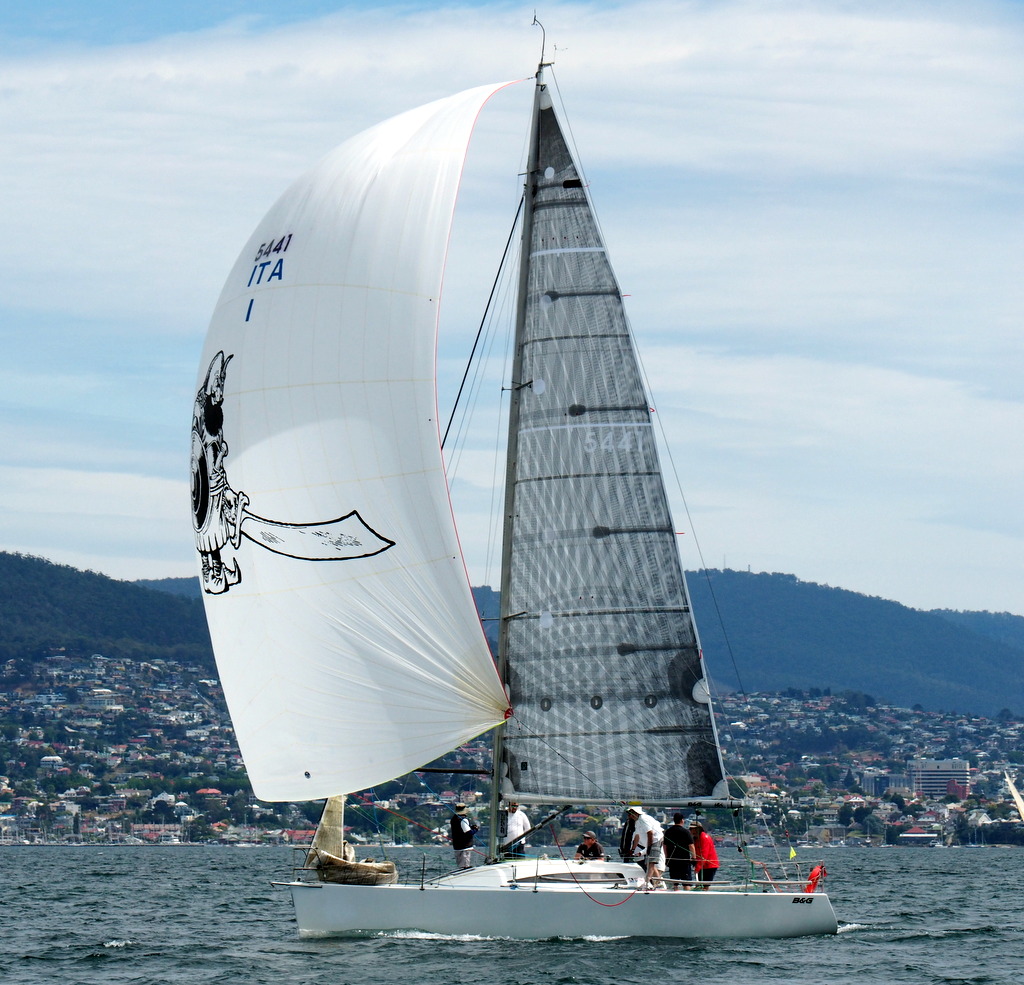 To cap a winning weekend, he retained the ‘Mumm 36 World Championship’, a light-hearted but traditional part of the Banjo’s Shoreline Crown Series Regatta for the past decade and more.

It was a fitting win for Cordell as he has been driving force in building up AMS as a club-orientated handicap system and in convincing Bellerive Yacht Club to include the inaugural Tasmanian AMS championship as part of the Crown Series Bellerive Regatta.

A comeback to sailing his beloved International Dragons proved a winner for Justin Barr, helming Zane
Ridgeway’s Magic, recently brought to Hobart from Metung in Victoria.

Magic won by just one point from Wicked (Andre Blakney) with another two points to Ridgeway, helmed by Brendan Crisp, with the teenager winning race five.

The Bellerive Regatta Association Trophy went to Amy Potter who skippered a 29er with Anna Reid as crew, consistently placing third in the small fleet. Announcing the award, race officer Nick Hutton said the trophy recognised “good sportsmanship, great humour and a serious competitor but always having fun. The spirit of the regatta.”

The Crippo Trophy for the most impressive newcomer sailing in the regatta was awarded to John Toohey.