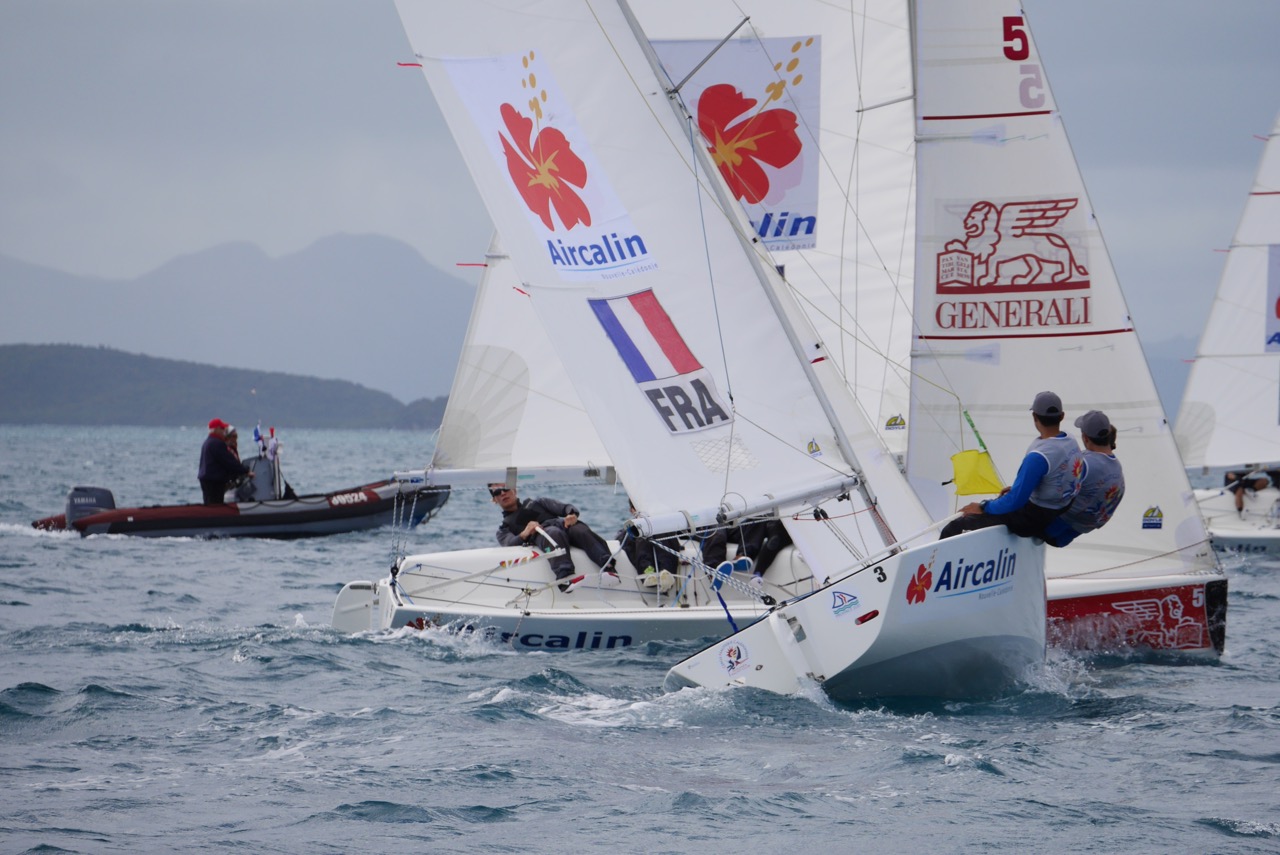 The Match Race Super League has announced that the AIRCALIN Match Race in Noumea (NCL) will be the sixth event of the 2019 season, taking the schedule to 12 events worldwide in 10 countries on four continents.

The organizing CNC Yacht Club is an association with a legacy of 70 years, having 1800 members located in a little sailing paradise. It manages a marina with 600+ berths and operates a fleet of 10 Elliott 6 boats in which the match race will be sailed.

The 2019 Grade 3 Aircalin Match Race in Noumea, New Caledonia, will be held from 14 to 18 August and will welcome 12 international skippers.

“We are delighted to once again be part of the Match Race Super League. Together we will attract some of the best match racing teams in the world, as well as some of the best Caledonian local crews and crews from the Pacific region” said event manager Laurence Bouchet, and continued, “Our stadium course in “Baie des citrons“ (Lemon Bay) has seen some amazing bouts over the past seven years and with the talent on the Match Race Super League this year we are sure we'll see many more. We are happy to help the development of Match Racing and are happy to welcome overseas match racers in New Caledonia under best conditions.”

New Caledonia, a French country is located less than three hours of flight from Auckland and Sydney. Situated 22°S, the weather and the sea are warm and the trade winds blow around 15kts all year long. New Caledonia is the perfect place to sail. Blue lagoon , sandy beach, wind…”

Bouchet adds: “Match Racing started in New Caledonia back in 2007. Along the years, we have trained local umpires, crews and learned a lot. In 2012 we have organized our first grade 3 event. Overseas crews started to take part in the event. In 2016 we have proudly organized the Youth International World championship. It was a fantastic event, with the event village and sailing area on an island in the lagoon.”

The organizers of the MRSL are happy with the recent addition of another two events since the announcement made in Düsseldorf in January at the biggest boat show in the world, showing that the interest for a highly international and reliable platform in Match Racing is there, and the discipline is developing globally again. On the MRSL You find passionate event organizers and Yacht Clubs loving the discipline of duel sailing. Intense, close to shore, understandable.

“There are a few events in the pacific region that really stand out when it comes to match racing pedigree and tradition. The AIRCALIN Match Race is definitely part of that handful of events and we're very excited to continue to build the next page in our mutual history book,” Eberhard Magg, sports director of the Match Race Super League commented.

The 8th AIRCALIN Match Race will be part of the Match Race Super League for the second time after the inaugural season 2017, providing important ranking points towards the MRSL- and World Sailing rankings.