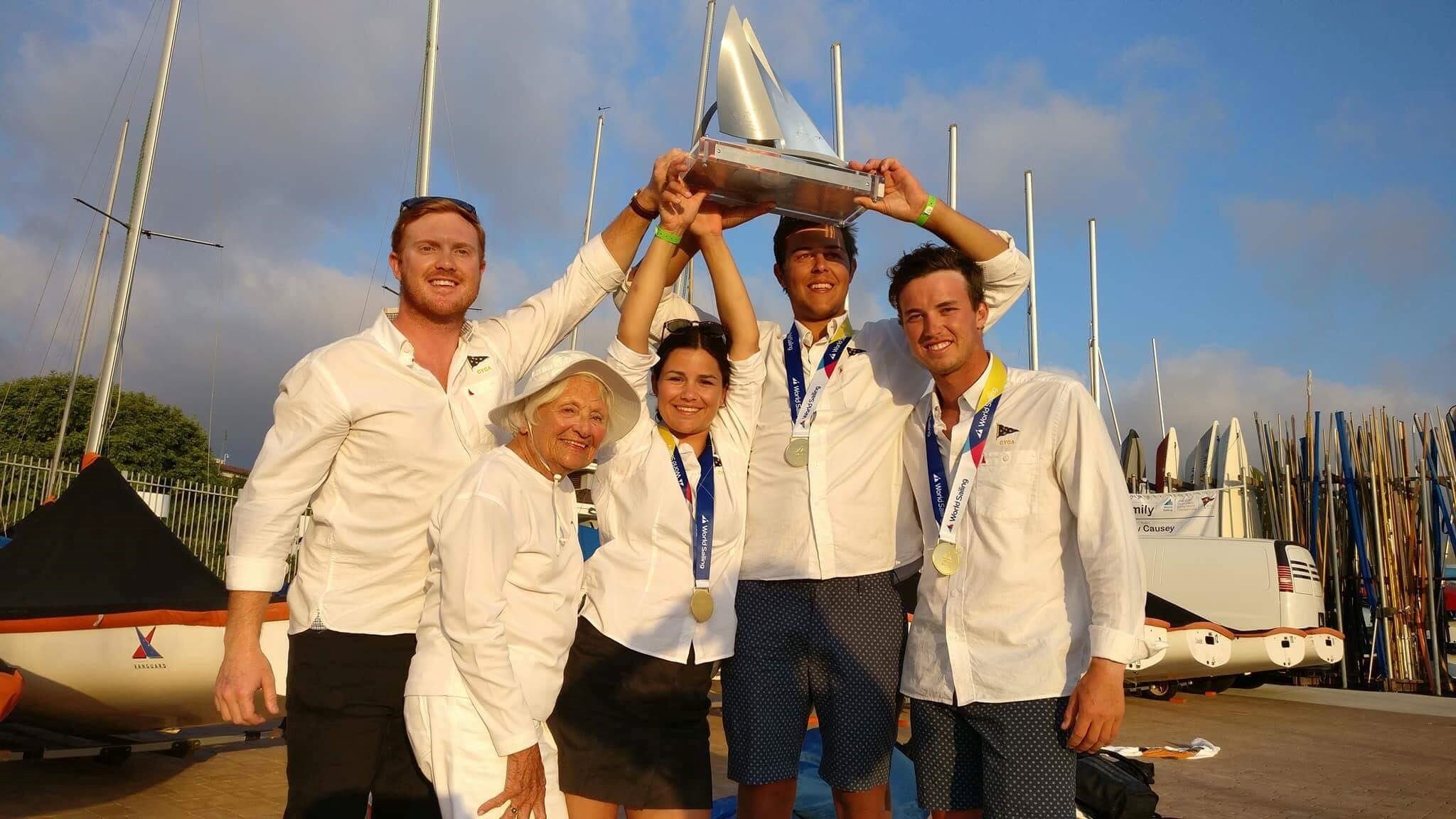 Over in the US, Harry Price, Angus Williams & Tara Blanc-Ramos took gold in the 2017 Youth Match Racing World Championships on Saturday morning, despite being down 2-1 on match point. Price and his team remained cool, sailing a brilliant final two races to take out the title 3-2 from Italy’s Ettore Botticini.

The team came into the regatta as pre-event favourites, having proven themselves to be a winning combination back in 2015 when they won the Governor’s Cup. This year Price and Williams competed without Blanc-Ramos and were unable to repeat their Governor’s Cup feat, eventually finishing fourth. However, when it mattered most and the team were complete at last week’s world championships, they sailed smarter and more cleanly, losing only 4 races from 30 sailed.

For Price and Williams, the event win marked the end of a long 12-month redemption process, having lost the 2016 World Championship in the finals 1-3. Australia has now claimed the past three World Championship titles, with Denmark the only other country to win the event since its inception in 2014.

Meanwhile, back in Sydney, the CYCA Youth Sailing Academy sailors also had a job to do by keeping its 15-year winning streak at theNSW Youth Match Racing Championship. Ten teams from across New South Wales, Victoria and Queensland contested this year’s event with two teams representing the CYCA.

Celebrating at the presentation, Youth Sailing Academy Administrator, Pam Scrivenor commented “Congratulations to all YSA sailors this weekend. A brilliant result across both events for yourselves, the CYCA and Australia!”

The CYCA Youth Sailing Academy’s next event will be the Marinassess Women’s Match Racing Regatta over the weekend of the 9-10 September.