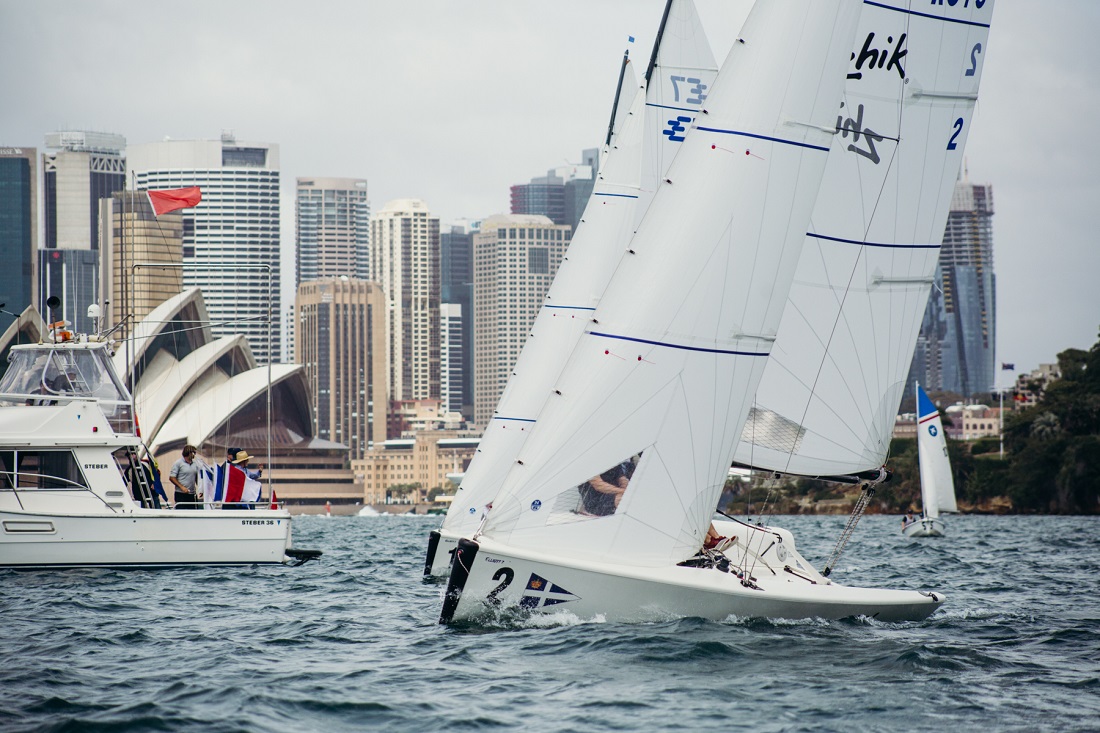 The Royal Sydney Yacht Squadron will once again host the historic four-day Hardy Cup Match Racing Regatta around Kirribilli’s stunning foreshore on Sydney Harbour, with races to start in front of the Squadron on Monday from 10:20am.

Due to international border restrictions, overseas teams will not be present his year, leaving only Australian-based sailors to contend for the two famous trophies, and for the first time, the Cup will be open to sailors of all ages.

The event will be contested in Elliott 7s keelboats, with seven youth racing teams competing, while three open category teams will compete against youth sailors for the Hardy Shield.

Previous Hardy Cup champion skippers David Chapman and Ashlen Rooklyn will be amongst the competitors.

Chapman commented: “I'm looking forward to being out on the water and match racing against the up-and-coming sailors.”

Jed Cruickshank and Maddie O'Shea will represent the Royal Sydney Yacht Squadron in the youth division, with O’Shea skippering a talented all-women team.

Commenting on the upcoming event, RSYS Club Captain and three-time Olympian, Karyn Gojnich said, “After a difficult 12 months due to COVID, we are thrilled to be able to host the Hardy Cup.

“While we will be without international competition, broadening our entry criteria provides a great opportunity for our young sailors to compete against some of Australia’s champions. We look forward to welcoming teams from the Cruising Yacht Club of Australia, Royal Prince Alfred Yacht Club, Vaucluse Amateur 12ft Sailing Club and Middle Harbour 16ft Skiff Club.”

A team of internationally and nationally accredited umpires led by Erica Kirby and Rob Armstrong will keep an eye on next week's racing.  Ian Kingsford Smith and Rob Ridley are the Race Officials.

The Hardy Cup will conclude on Thursday, 11 February, with results and the prize-giving to follow.

History of the Hardy Cup

Sir James Hardy OBE, America's Cup winner, Olympic yachtsman, world champion sailor and Patron of the annual event, founded the regatta for youth sailors to develop and refine their tactical racing skills.  He will once again attend the event, supporting the sailors.

The Squadron hosted the inaugural Hardy Cup regatta in 1983 and over its 38-year history the event has evolved into a World Sailing Grade 3 match racing regatta. The trophy was donated by Sir James, who envisioned a regatta experience that could foster the critical and tactical sailing skills of young aspiring champions.