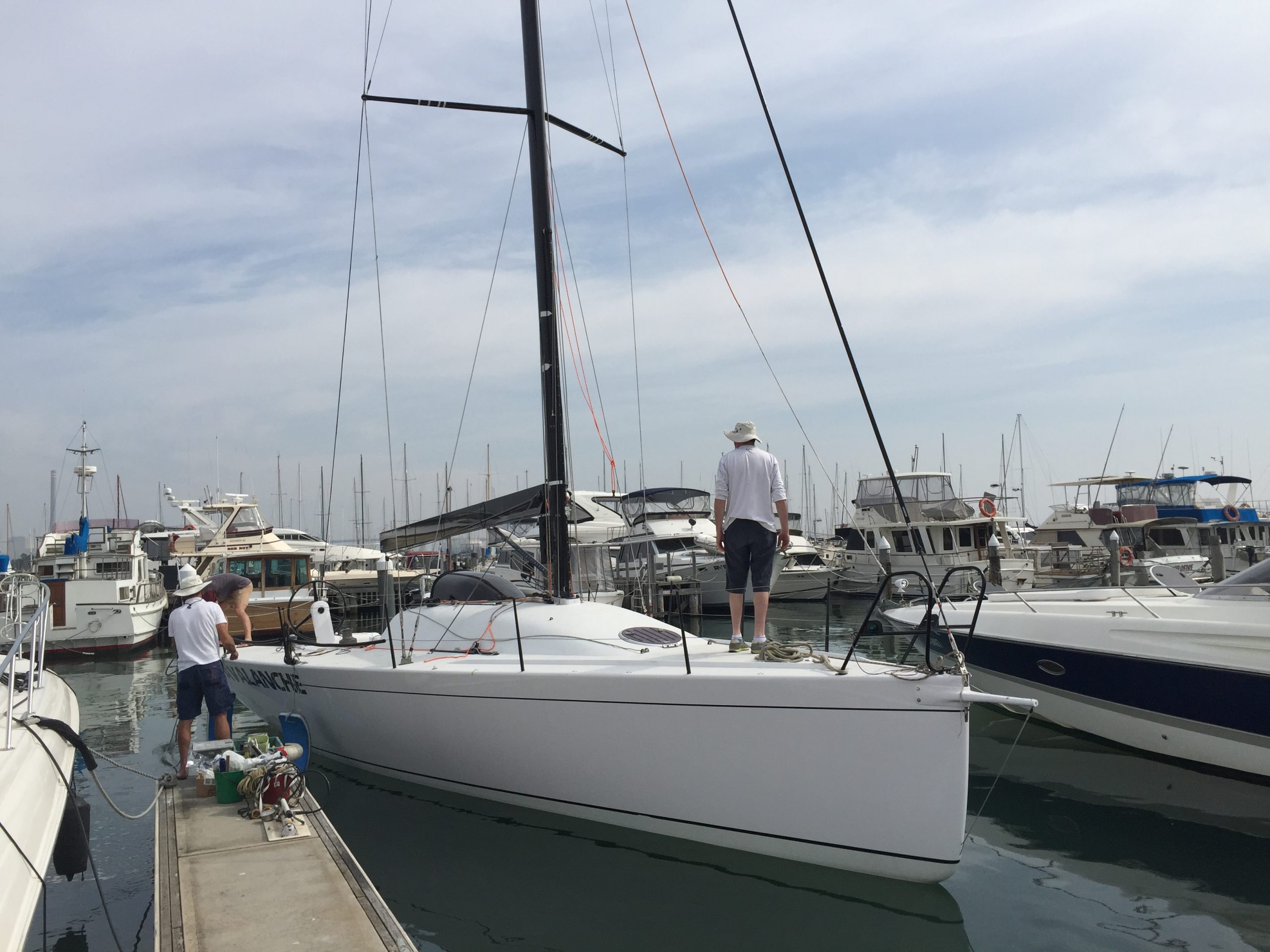 It has been a long time since Robert Hick has designed and built a yacht that has serious contentions for the Rolex Sydney to Hobart. But when you consider Hick's last 'dark horse' was AFR Midnight Rambler that won the ferociously tough 1998 race, then you know you have to take a closer look at Avalanche.

Especially given the initial weather reports.

Owners Hugh Ellis and Gary Caulfield have joined together with agreed desires and backing to give this year's RSHYR a run for its money. Hugh had previously campaigned a Beneteau 44.7 Twitch in last year's race. A keen group of Victorian sailors finished a credible 14th in Division 3. But, this year, crewmember Caulfield wanted to up the ante and joined with Ellis to start from scratch with a fully-funded top notch campaign.

Avalanche was commissioned and Hick begun the build in February of 2015. The boat was built and launched late November leaving little time for the crew to get the boat fully up to speed, While leaving no stone unturned to make sure the boat is properly equipped, Ellis and Caulfield realise that it takes more than just money, “you can have everything set up, but you still need a lot of luck,” Ellis said.

“Since the launch, we have spent a lot of time chasing certificates to be on the start line. But, with Hick on board as one of the crew, his understanding of what the Sydney to Hobart entails to win is invaluable.”

Hick has gone for an all-round design, “we won't plane, but we surf well! Anyone who wants to win the handicap must be competitive in its rating in line with the boat design, not just another downwind flyer.”

Robert Hick's design shows an adequate sail area for the hull weight with a high ballast ratio through its deep keel. “We believe pointing is where we can take time out of the others. TP52s are fantastic boats but the S2H is a different race, so we built a boat designed to win it.”

With a full set of Doyle Melbourne sails, mostly Harken deck gear and a full suite of B&G instruments along with carbon spars made by Hick as well, Ellis and Caulfield have also assembled a well-seasoned crew to make it all work. “The majority of the crew are from Twitch, plus we have a former crew from Chutzpah, a former race winner and even two guys who have sailed together for 30 years!”

At five days out from the start with the weather report looking at 40 knot southerlies, I asked owner Hugh Ellis how will this all-round design take such a long beat to the south, “it will be fast,” was his reply, “but hang on to your fillings.”

After the RSHYR, the boat is booked into an extensive campaign: Festival of Sails, Port Lincoln Race Week, Sydney Gold Coast race and Airlie and Hamilton Island Race Weeks. If the RSHYR result goes as planned then these two Melburnian commercial developers intend to take the show on the road and head overseas with Fastnet and other bucket list races in mind.