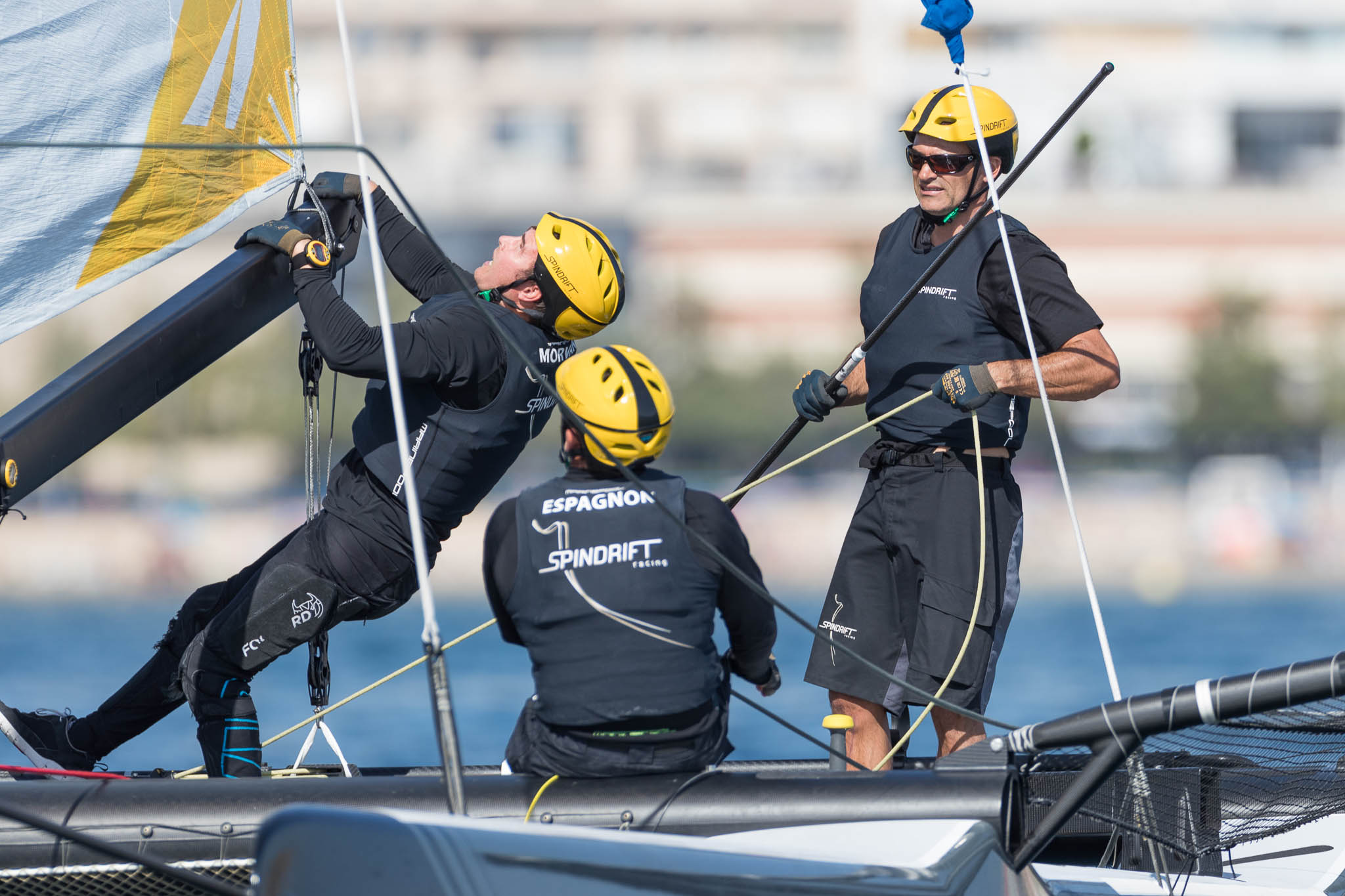 The second day of the Alicante Match Cup served up some classic match racing action as the fleet switched modes from fleet racing to one-on-one knockouts.

Yann Guichard taught fellow Frenchman Quentin Delapierre a lesson in light-wind mastery today to secure Spindrift a spot in the semi-finals of the Alicante Match Cup.

Promising talent, Delapierre, sailing in his debut M32 season, had hoped to topple Guichard when the two met one-on-one in today's quarter final heat. Guichard, one of sailing's biggest names, had other ideas.

As the sun bore down on the M32 catamarans, there was just the lightest of puffs blowing through the race course just off Alicante's city centre beach.

Guichard wasted no time in stamping his authority on the match, bossing the pre-starts and quickly taking his team's tally to 2-0 in first-to-three encounter.

With his team facing an early exit Delapierre rallied, winning the start of race three and leading his more experienced rival around the course.

Disaster struck at the last moment, however, when a slow tack coming into the final upwind gate allowed Guichard back into the game. Delapierre's luck was further compounded when the on-the-water umpires ruled that he had not allowed Guichard enough room to manoeuvre round the mark and promptly penalised him.

With just a few metres to sail to the finish line the win was Guichard's for the taking, and with three victories to his name a spot in the Semi Finals was secure.

“It was a tough day for everyone today but we managed to win three races in a row to go through to the Semi-Finals,” Guichard said.

“Conditions were really light and shifty but we sailed really well. One of our goals was to start strongly and we did that too. We're very happy with this result and we're confident for our future in this event.”�

Delapierre was gracious in defeat, happy to have seen big improvements within his young team in Alicante. “We did some nice things today but not enough to win against Yann,” he said.

“The last race we were leading but Spindrift is very quick, especially upwind. We tried to keep them behind us but at the last upwind gate I made a mistake in the tack, and allowed Yann back in. I was penalised and that gave him the win. We know we have to improve but we learned a lot this week.”