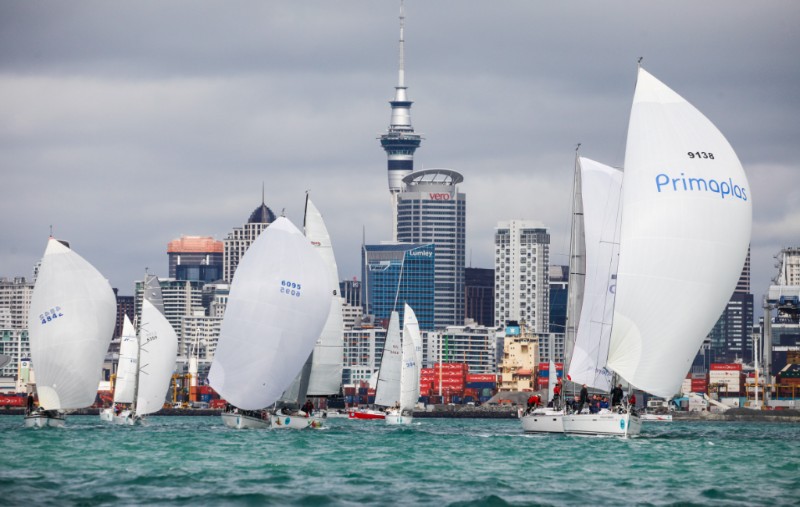 While the weather is difficult to predict with any certainty one week out from the race start, one thing that the organisers of the PIC Coastal Classic do know for sure, is that there is a fresh buzz about the event.

Starting from 9:30am on Friday 19 October, the 36th edition of this coastal yacht race from Auckland to Russell has experienced nearly 10 percent growth from last year.

With the biggest fleet in the last five years, participants will chase the fastest time of 5 hours 13 minutes which was set by Team Vodafone Sailing (now called Team Frank Racing) in 2014.

“Last year we introduced a cruising rally division, and the feedback reassured us that this was a loved addition to the race, so I’m glad we expanded on that concept, because the cruising rally fleet has nearly tripled,” Houston said.

At 119 nautical miles, the fastest boats will reach Russell in as little as six hours, and the slowest will be cut short by the race deadline of 3pm Saturday.

While the team of Frank Racing will be on the water to defend their title, there are only a handful of true contenders who could strip them of the record. What is more at risk, is the boat class records, and records per boat size, because there are an astonishing 83 boats that are either new to the race. or haven’t competed in many years.

Included in the new boats is Saturday Night Special, a Roper 9000 designed and built by Allan Roper, to be skippered by his 14 year old son, Tim. Also brand new to the scene is Aela, a CNB66 and the first of its type in New Zealand.

The NZ Sailing Trust, long-time supporters of the race, has entered the legendary Steinlager II. The Trust plans to inspire the next generation of coastal sailors by taking 10 students from Okaihu College in the Far North, on the return trip back from Russell to Auckland.

Race Director, Anthony McBride, comments: “We’re seeing a lot of diversity in the fleet this year and are working carefully to meet the needs and wants of today’s group of sailors.

“The event has changed since the initial drag race in 1982, and we’re fortunate to have partners alongside us supporting this evolution, and also holding steadfast on the important traditions of the race.”

“PIC Insurance Brokers is a company that is genuinely interested in supporting the race, and the New Zealand Multihull Yacht Club is lucky to have a long-standing relationship with its dedicated marine team.” he concludes.