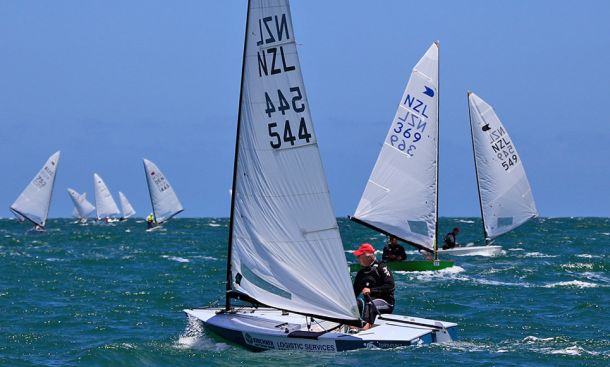 11/04/2015
There are a lot of position changes in the first OK Dinghy World Ranking list of 2015, but Greg Wilcox (NZL) continues to dominate as World No. 1 following his fourth place at the World Championships at Black Rock, Australia over the New Year.
Along with European Champion, Jørgen Svendsen (DEN), these two have amassed a considerable lead over the rest of the fleet. Mike Williams (AUS) just edges out his fellow Australians for third place. Mark Jackson (AUS) won the Australian Nationals at Sail Melbourne while 2013 World Champion Roger Blasse (AUS) is back inside the top 10 again in fifth.
This time of year the ranking list reflects increased emphasis on the southern hemisphere events, and runner-up at the Worlds and winner of the New Zealand Nationals at Sail Auckland, Luke O'Connell (NZL) moves up from 12th to sixth overall. The new World Champion Matt Stechmann (NZL) is the biggest climber, from 58th to 13th.
This year marks the tenth anniversary of the World Ranking List. It was started as a bit of fun during the Worlds in 2005, so for a bit more fun we have compiled a list of all the sailors who have amassed over 800 points or more into a leaderboard. There were 31 of them. However, six sailors also managed to exceed the magic 1,000 points figure. It is truly representative of outstanding achievement as there are 11 world or European titles between them. Every one is a champion.
1 Greg Wilcox NZL 1035.83 (Dec-14)
2 Nick Craig GBR 1033.79 (Aug-06)
3 Jorgen Svendsen DEN 1018.41 (Dec-14)
4 Jørgen Lindhartdsen DEN 1013.76 (Mar-06)
5 Karl Purdie NZL 1001.91 (Jul-11)
6 Andre Budzien GER 1001.14 (Dec-14)
Over the last 10 years, the list has included 924 sailors from 17 nations. That's a pretty good standard by any class. The full analysis is here.
The class is looking forward to another busy season which really gets underway at the end of April with the Spring Cup in Medemblik. With entries approaching 50 boats already, and many more expected, it will be one of the largest Spring Cups on record and underlines the current growth and enthusiasm in the class. The next Ranking List will be released just before the Open World Championships in July, when the class returns to Puck, Poland.
The current ranking list now includes 446 sailors from 15 countries and four continents. What more do you need to say?