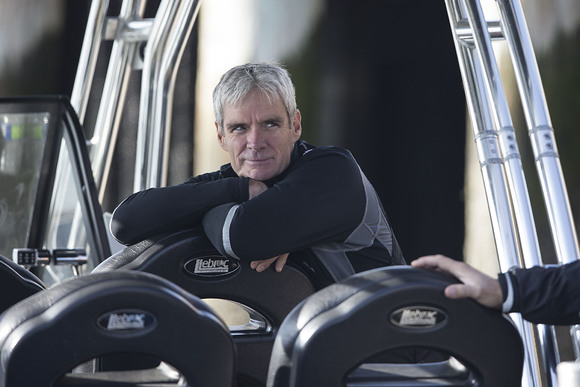 The British America's Cup team, Land Rover BAR, led by Sir Ben Ainslie have today added a wealth of experience to their challenge with the announcement that four times America's Cup winner Grant Simmer will be joining the team as CEO.

Simmer has competed in 10 America's Cup cycles, winning sport's oldest international trophy four times. His first came as the young navigator aboard Australia II, during their historic victory in 1983, breaking America's 132-year stronghold on the Cup. It was the first time in the competition's history that the trophy had left American shores. The Australian born sailor/designer has gone on to win the America's Cup three further times as head of design, managing director and general manager with Swiss team Alinghi and more recently with ORACLE TEAM USA.

Ben Ainslie is delighted that Simmer has agreed to join the British team. The pair have always had a close relationship, working together on two previous Cup campaigns. “Grant's experience and achievements in the America's Cup are second to none. He has won the America's Cup four times, either as a sailor, design coordinator or general manager. He is the right person to help Land Rover BAR achieve the goal to bring the Cup home to Britain.“

Grant Simmer is excited to start the new role. “It feels like the right time to be joining the team at Land Rover BAR with the new class of boat due to be revealed this month by the Defender, Emirates Team New Zealand. We can move forward to further develop and strengthen our design strategy.”

“I've been really impressed by what Ben, Martin and the team have created from a standing start in just four years. After a period of consolidation and reflection since the last Cup concluded in Bermuda, I see a team that have laid the foundations of a strong organisation, ready to take on the sporting challenge that lies ahead.”

Grant Simmer will take responsibility for the sporting and performance side of Land Rover BAR alongside Team Principal Ben Ainslie, with the focus on winning the America's Cup.

Martin Whitmarsh will continue as an advisor to the team and CEO of BAR Technologies, formed to commercialise technologies developed through the America's Cup team.

The BAR Technologies business has grown at considerable pace in the last few months under Whitmarsh's leadership, with some exciting projects already well advanced.

Martin Whitmarsh, CEO BAR Technologies commented; “Ben, Charles (Dunstone) and I were always clear that we needed someone with a full time focus on the racing team. I'm delighted therefore that someone with Grant's experience is joining us and that I can continue to assist Ben and the business to develop and of course bring the Cup home.”

Simmer will be in the UK from mid-November to start working with the team and will relocate from his native Australia in the New Year.