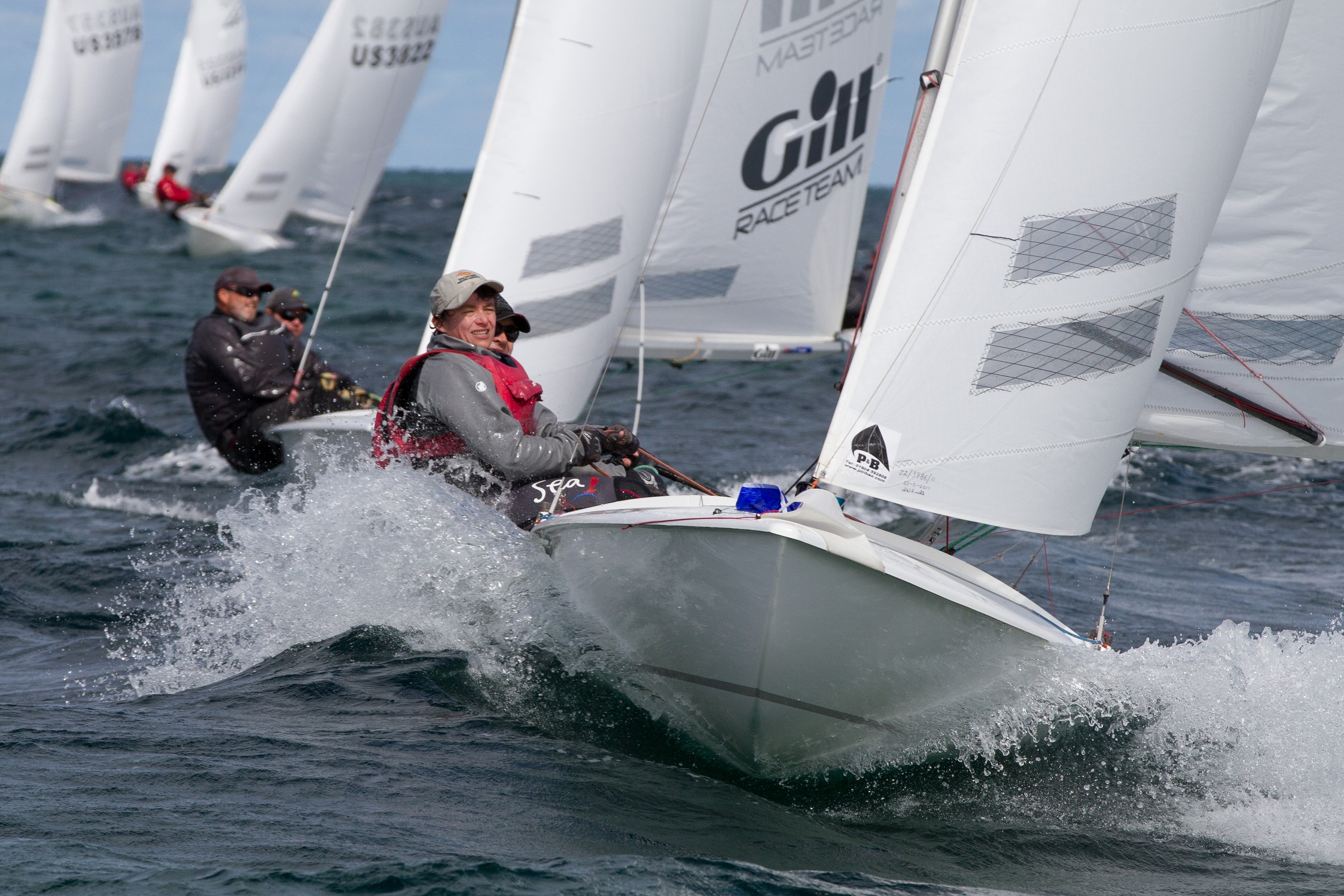 It is not often that a defending class champion can score three firsts and two thirds in a seven race championship regatta and still miss out on a podium position, but that was the stark reality for Nick and Janet Jerwood in the Flying Fifteen WA State Championship.  The key of course, was the one drop rule.  The poison in the chalice was a U flag disqualification in race 1, followed by an OCS in race 4, forcing them to carry a 32 in their net score.

Take nothing away from the fine performance of Grant Alderson and Dean McAullay. The former world champions now have twelve State titles to their credit. Scores of first, second and first in the final three races simply underscore their talent. They kept their noses clean, dropping a 16th place in a very light race 3.

A feature of the regatta was the performance of youngsters Lachy Gilmour and Ryan Donaldson. The pair sailed so well that they headed the leader board going into the final day, but two broken spinnaker sheets in the second last race resulted in a 13th (their drop) and forced them to carry an eight. Gilmour showed a maturity well beyond his years when at the presentation dinner he acknowledged the generosity of John Wilson, who lent him a boat to use in the regatta and also paid tribute to some of the Flying Fifteen stalwarts for helping with rig and sail tuning before the regatta began.  In the end, he finished ahead of all his benefactors!

Greg Leaversuch and Peter Barblett  might also regret an OCS in race 4 of the series, for they sailed an excellent regatta to finish third overall.

Best of the country crews were David Swan and Matt Elliott from Esperance.  They finished a creditable sixth and their club is well prepared to host the Nationals come January 2017.

John Hassen and Tony Finch won the consistency trophy in what will be their last regatta together as Finch pursues other interests.

The regatta was sailed out of Royal Perth Yacht Club’s Fremantle Annex, but organized by the Royal Freshwater Bay Yacht Club, the first time that a metropolitan championship series for this class has been sailed on the ocean.  Race officer John Taylor and his team managed a very good event in sometimes difficult conditions and justifiably deserved the praise they were given.