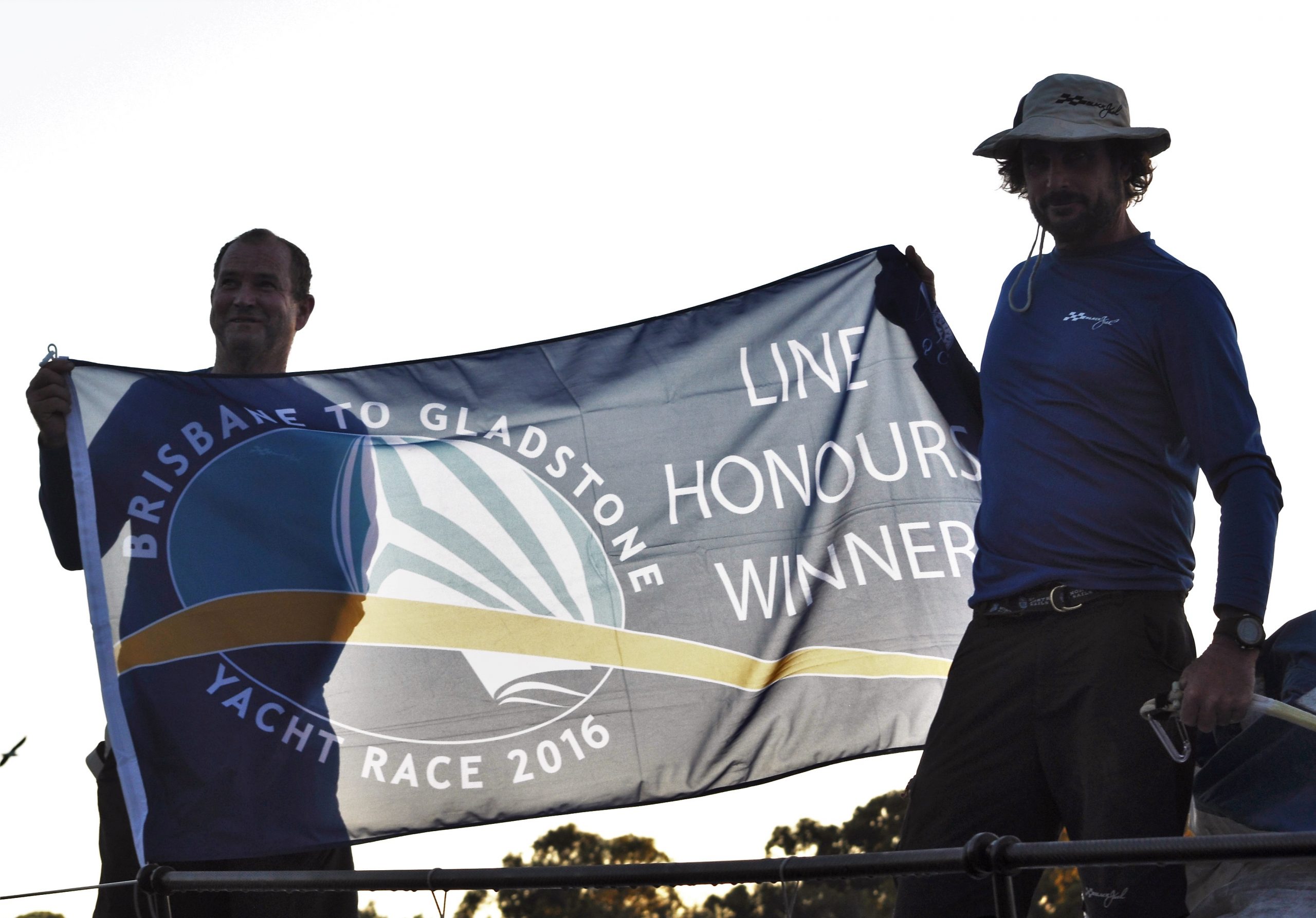 Black Jack was officially confirmed as the Brisbane to Gladstone Yacht Race 2016 line honours winner and winner on corrected time on Easter Monday. The team achieved the same feat in last year’s race and now enter the record books as the only yacht to have ever achieved the double double in the 68 year history of the race.

Behind Black Jack on the course, the rest of the fleet enjoyed what many were terming as champagne sailing on the Sunday once the breeze finally picked up for the first time since the start of the race on Good Friday. The additional pressure meant what had looked like being a big boat race on handicap changed dramatically with some of the smaller boats romping up the leader board late on. Corrobboree in particular lead the charge and finished the race in 2nd place to Black Jack overall having grabbed a slim lead over Kerumba almost at the death.

Other strong performances came from Mr. Kite who sailed well above expectations to win the arbitrary handicap division ahead of an equally impressive Bad Habits.

In the inaugural Short Handed Division, the three boats fought a close battle which was eventually won by Apriori ahead of Samurai Jack.

Whilst the Black Jack team were obviously ecstatic with their run of dominance in the Race, owner Peter Harburg was quick to point out that he is still chasing the now 13 year old record for fastest elapsed time ever set by Skandia Wild Thing in what is to him, the most important race in the calendar. Clearly he will be lining up on the start line in 2017 for the 69th running of this ocean classic.