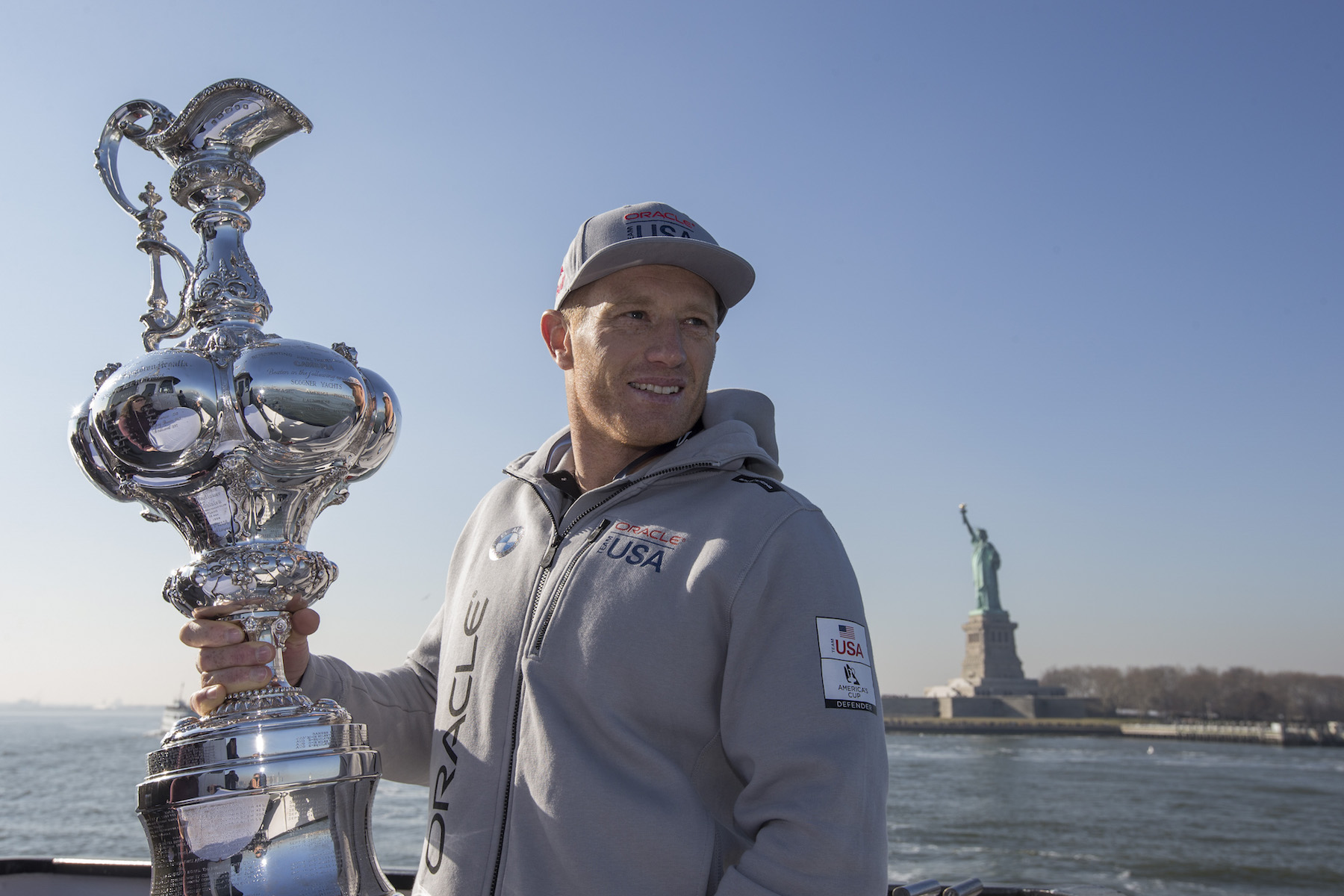 The America’s Cup – which will return to New York Harbor for the first time in almost a century – today unveiled details of its highly anticipated race program, public event village, activity schedule, and local charity initiatives related to the Louis Vuitton America’s Cup World Series racing on May 7 and 8.

The multi-day sailing event will feature the world’s best sailors, racing the fastest boats, in front of the backdrop of New York’s iconic harbor and landmarks.

Additionally, for the first time, the America’s Cup will be bringing stateside its non-profit AC Endeavour program for partnerships with three area youth sailing organizations.

On both Saturday, May 7 and Sunday, May 8, the epicenter of the race festivities will be Battery Park City and the Brookfield Place Waterfront Plaza. All races will finish just off the plaza, which will be home to one central event village. Thousands of spectators are expected to watch the race, either on land along the pier or from hundreds of spectator boats on the water near the race course.

“The trophy was held by the New York Yacht Club from 1851 until 1983, widely recognized as the longest winning streak in the sport. When America’s Cup sailing returns in May, spectators will witness the latest, exciting iteration of the sport – an awe-inspiring blend of athleticism, technological advancement and keen awareness of nature.”

Six teams, each sailing on behalf of a home country (defending champion ORACLE TEAM USA, Emirates Team New Zealand, Land Rover BAR for Great Britain, Artemis Racing for Sweden, SoftBank Team Japan, and Groupama Team France) will compete in the New York race, vying for points that count towards the final competition for the 35th America’s Cup in Bermuda in 2017.

All six teams will race against one another at the same time, in a fleet racing format. Racing will take place from 2 p.m. to 3:30 p.m. on Saturday and Sunday. Weather will determine the exact race course as well as the total number of races per day (up to a maximum of three). A New York champion will be crowned on Sunday, May 8, after the final race.

“We are excited to be coming to New York, to race on one of the most famous waterways in the world,” said ORACLE TEAM USA skipper Jimmy Spithill, a two-time America’s Cup winner and defending champion of the Cup. “We promise fans an exciting, hard-fought competition.”

The Louis Vuitton America’s Cup World Series is raced in the AC45F class – a one-design catamaran powered by a wing sail, and sailed by a crew of five. This new version of the AC45 flies above the water on hydrofoils and is capable of speeds near 40 mph.

The event village at the Brookfield Place Waterfront Plaza will be open on Saturday, May 7 and Sunday, May 8, from 11 a.m. to 6 p.m. and feature entertainment, vendors, as well as sponsor activity and hospitality, all free to the public.

The main stage will host music and performances, including the “Dock Out” show, during which fans can hear from each team’s skipper before they head out to race, and the Awards Ceremony on Sunday. Spectators watching from the event village will also be able to enjoy the broadcast of the race on big screens in the plaza with an announcer calling the race live over a speaker system.

Beyond the Brookfield Place Waterfront Plaza, the race will be viewable along the Hudson River waterfront, from Battery Park City north towards Pier 25 on the Manhattan side, and in New Jersey from Liberty State Park up to the Jersey City waterfront.

“The New York Harbor and waterfront parks on both sides of the Hudson River are sailing’s version of nature’s perfectly created stadium,” said Commercial Commissioner Harvey Schiller. “The harbor’s ability to bring fans so close to the action is what made New York the mecca of sailing 100 years ago and an ideal home for the America’s Cup more than a century ago. It is an honor to bring this competition back to where it began and we expect fans to be equally thrilled when they see these boats racing across the harbor.”

The race and event village are free and open to the public with no tickets required. It is expected that more than 20,000 people will gather across the waterfront and at Brookfield Place to view the racing. Many spectators are expected to watch from their own boats in New York Harbor. Those looking for details on watching from their own boat can visit https://www.americascup.com/en/spectator-boats.html

A detailed scheduled of each day is as follows: