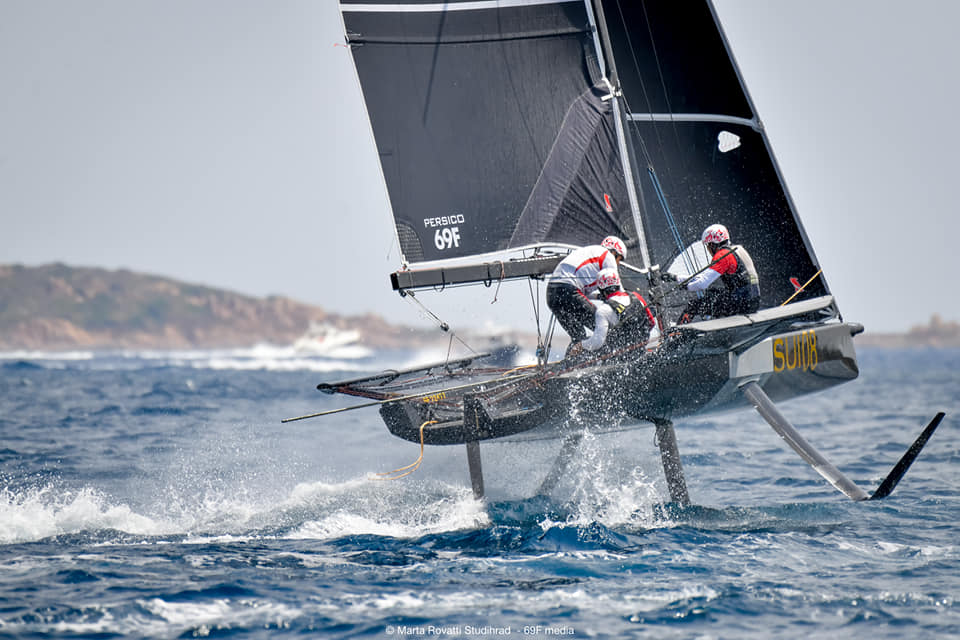 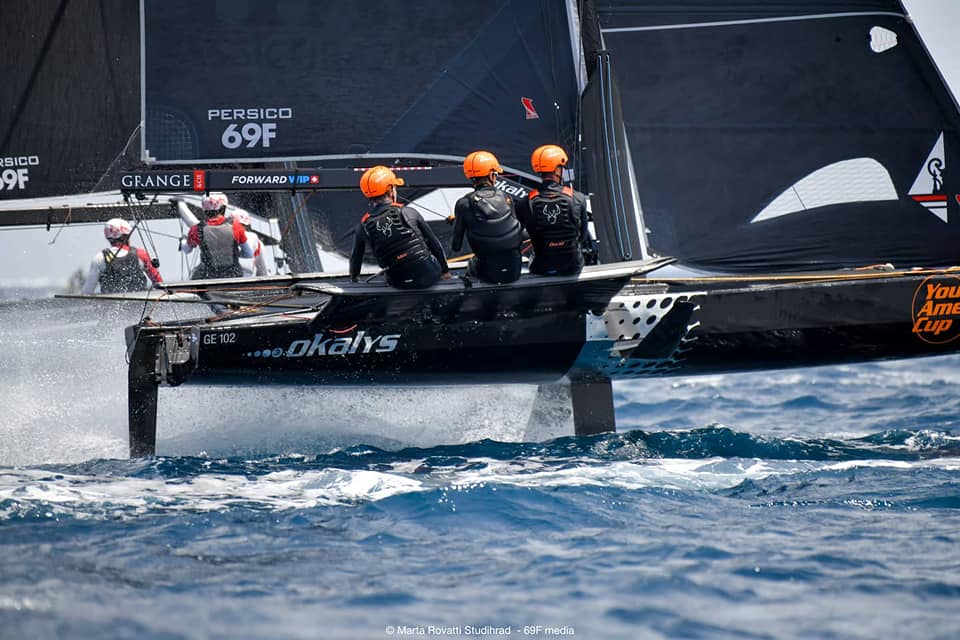 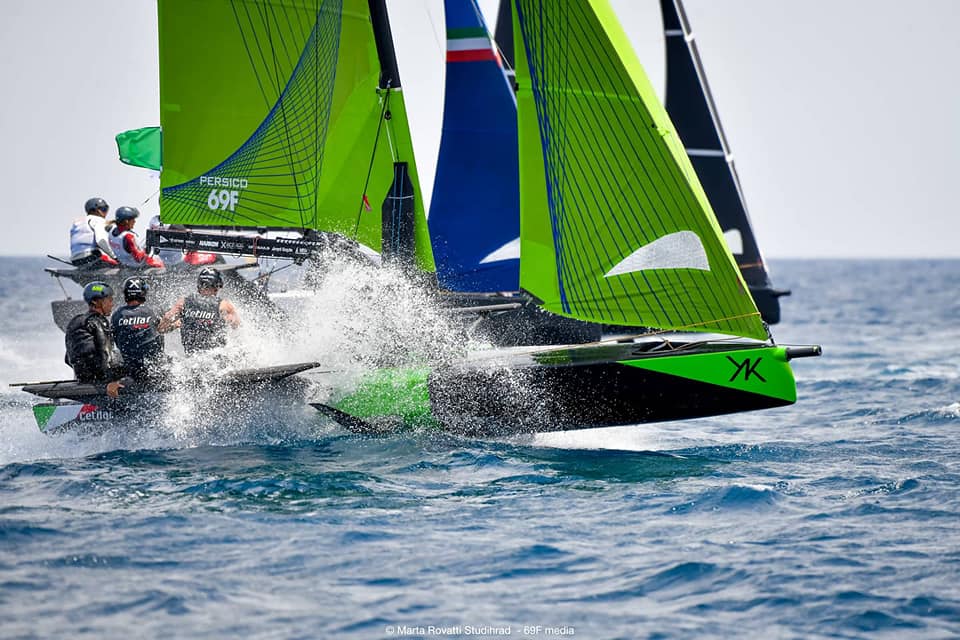 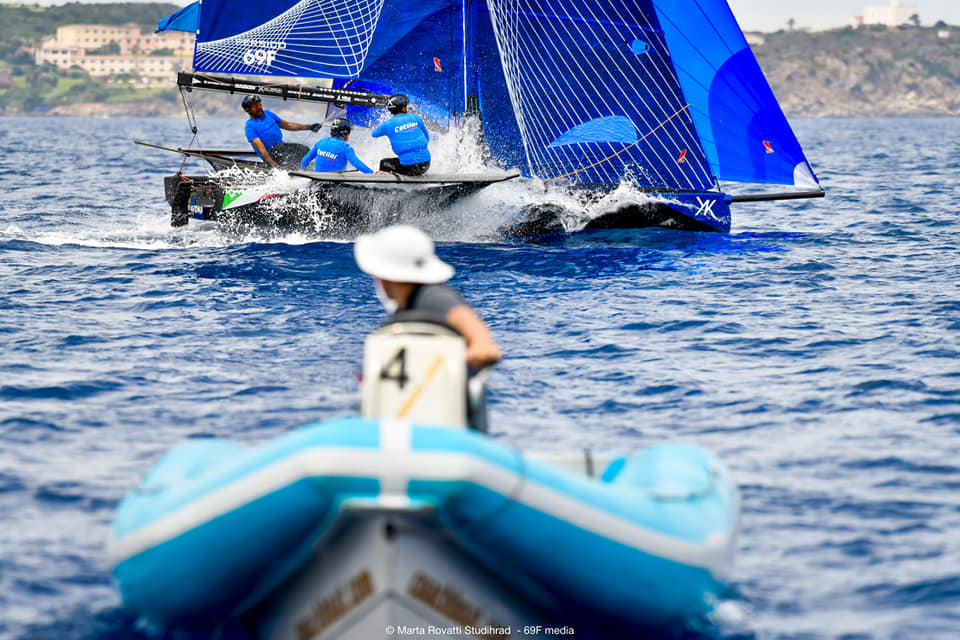 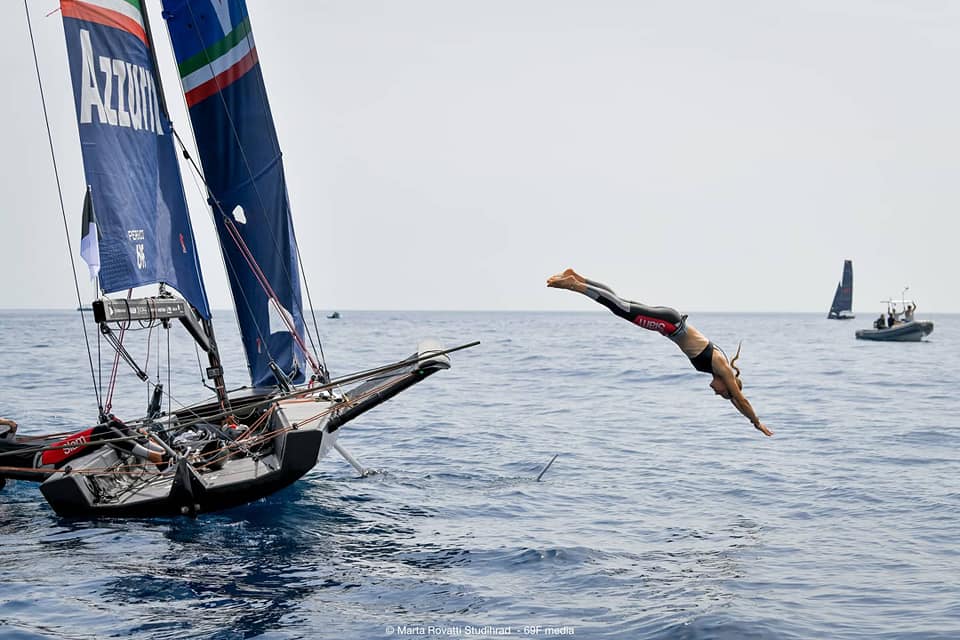 Costa Smeralda, Northern Sardinia, Italy: Today was the first day of racing at the Grand Prix 2.1 event of the Persico 69F Cup circuit and currently in the lead is the Swiss team Okalys Youth Project followed by the Italian teams FlyingNikka 47 and FlyingNikka 74.

Unstable conditions were the feature of the day at the event, organised by the Yacht Club Costa Smeralda together with Team 69F. The first race got underway at about 12.30 in light north-easterly breeze at 7-9 knots. The second race only got underway in the afternoon in breeze that rotated to the northwest, picking up to 14-16 knots. When the wind built up to 20 knots racing had to be called off for the day.

Roberto Lacorte’s team FlyingNikka 47 got an excellent start and won the first race ahead of two Swiss teams -Okalys Youth Project and Sailing Performance. In the second of today’s races Young Azzurra got the best start and was leading up to the second reach when, while trying to lengthen their lead, they pushed their boat to the broaching point.

The home team then tried to recover but ended the race in sixth place. First place in the second race went to FlyingNikka 74 with Alessio Razeto, Andrea Fornaro and Lorenzo De Felice aboard.

Roberto Lacorte, owner of FlyingNikka 47 said, “Today we had two races in conditions that were totally different. In the first race we foiled well even though the breeze was light to medium. Later, when the Mistral suddenly kicked in, the chop and the stronger air gave us some difficulties. We paid the price for not having trained much on the open sea, we’ve mostly trained on lakes.”

Ettore Botticini, Young Azzurra’s skipper said: “In the second race we were doing well and leading up until the final reach when unfortunately we hit a patch with 30 knots and we broached. We’re hoping to recover, we know we can.”