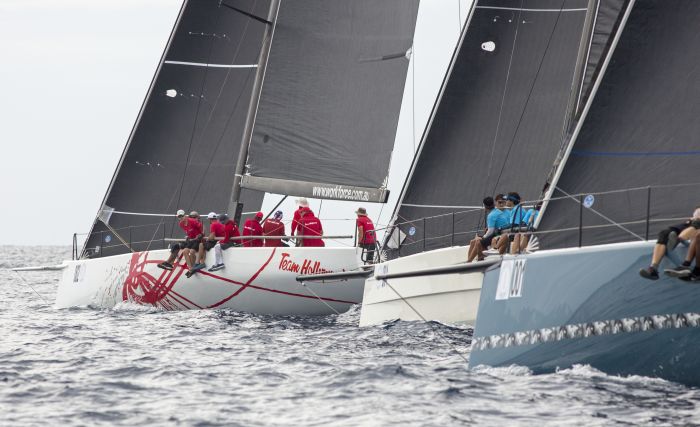 2 December 2019, Phuket – Good, steady wind and some very close racing helped get the 33rd edition of the annual Phuket King’s Cup Regatta off to an exciting start on Monday.

A total of 75 boats are contesting 10 classes in this year’s regatta, as well as a large fleet taking part in the International Dinghyfleet for young sailors.

“There was reasonably good wind today, between six and eight knots,” said Race Director Simon James. “The wind direction changed all the time and the tide was very strong today. By the time we had the second race, the wind became a bit lighter and the tide was getting even stronger.”

Russia’s Alexey Mashkin led an international field in the IRC 1 class aboard his boat MegaZip, followed by Japan’s Nanamori Yasuo on Karasu (Emagine) and Estonia’s Mati Sepp on Loco.

Kevin Whitcraft, President of the Organizing Committee, said: “For 2019 and in past years, we have had a special focus on growing the dinghy components of our overall regatta, as we in the sailing community in Thailand can feel the positive effect this is having over the years as the sport of sailing continues to grow in popularity here.”