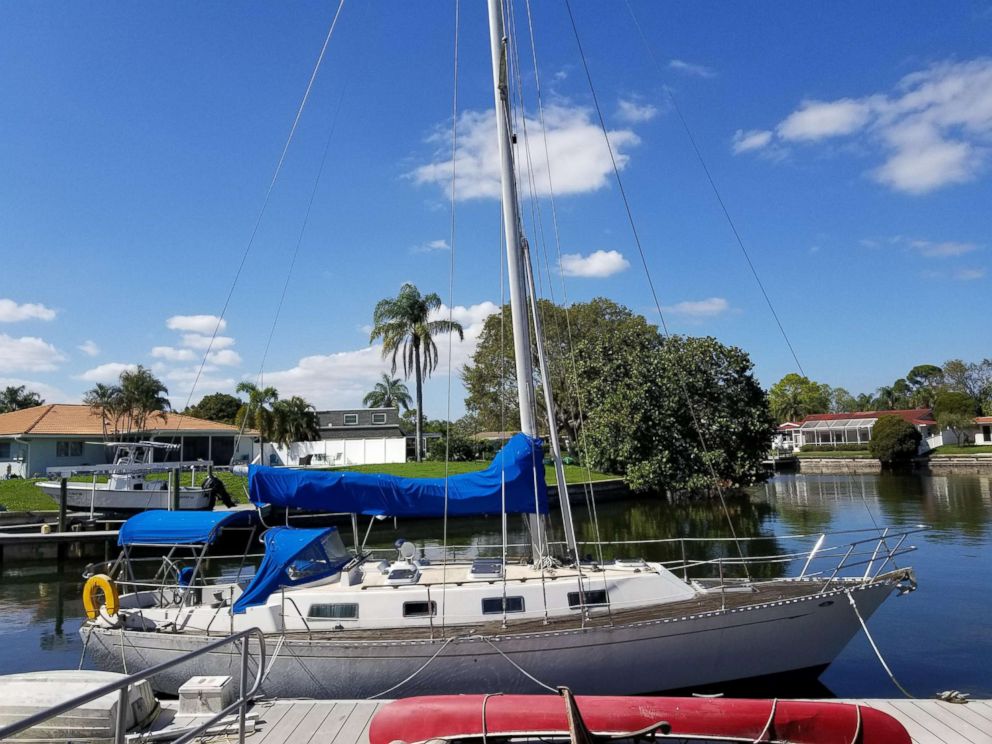 The new boat that Nikki Walsh and Tanner Broadwell purchased from Mark Reinecke after their boat sank. Photo Nikki Walsh.

Tanner Broadwell and Nikki Walsh had been living on a boat in Florida for about a year, with plans to sail to the Keys, but those plans ended abruptly three weeks ago when their boat sank.

On the way through John’s Pass near St. Petersburg, Florida, the Coloradans hit something and their boat quickly took in water, not long after they had set sail for the Florida Straits.

“The boat completely stopped,” Walsh, 24, told ABC News of the Feb. 9 incident. “We have no idea what we hit.”

Authorities had to rescue the couple. By then, Walsh said, most of the boat was underwater. So they grabbed their IDs, some money and clothes, and left the vessel in the water.

The couple started a GoFundMe page to raise the funds to pay for the salvage company, but they still didn’t have a boat and were unsure what to do.

Everything changed, however, when Mark Reinecke, 77, read their story in a local newspaper and offered a solution.

Reinecke, retired and living in St. Petersburg, owned a couple of sailboats and decided to give one of them to the couple.

“These kids just had bad luck and were in trouble and needed some help,” Reinecke, 77, told ABC News. “I’ve had the sailboat since 1985. I used to anchor it on weekends. I’ve gotten my value out if it.”

Read the full story at ABC, including why he charged $1.