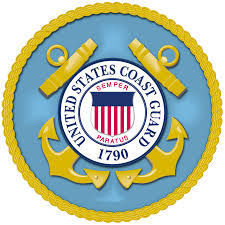 Nathan Libby, of Rockland, has been charged with making a false distress call to the Coast Guard on December 3rd, 2020 via VHF-FM radio channel 16.

Based on the call, the Coast Guard initiated a search spanning more than five hours, which included the use of a local Coast Guard vessel, a Maine Marine Patrol vessel, and a helicopter from Coast Guard Air Station Cape Cod.

A criminal complaint was filed on January 27th in the U.S. District Court in Portland against Libby, who faces up to five years in prison and a $250,000 fine if convicted of the crime.

“Our Coast Guard rescue crews thrive on taking risks for the sake of helping others in trouble on the water,” said Capt. Brian LeFebvre, commanding officer of Coast Guard Sector Northern New England. “Calls like this hoax call – unnecessarily put our rescue crews at risk, drain resources, and may limit our ability to respond to actual emergencies”.

The success of this investigation is a result of the combined efforts of the Coast Guard Investigative Service, Department of Justice, Maine Marine Patrol, and Rockland Police Department.