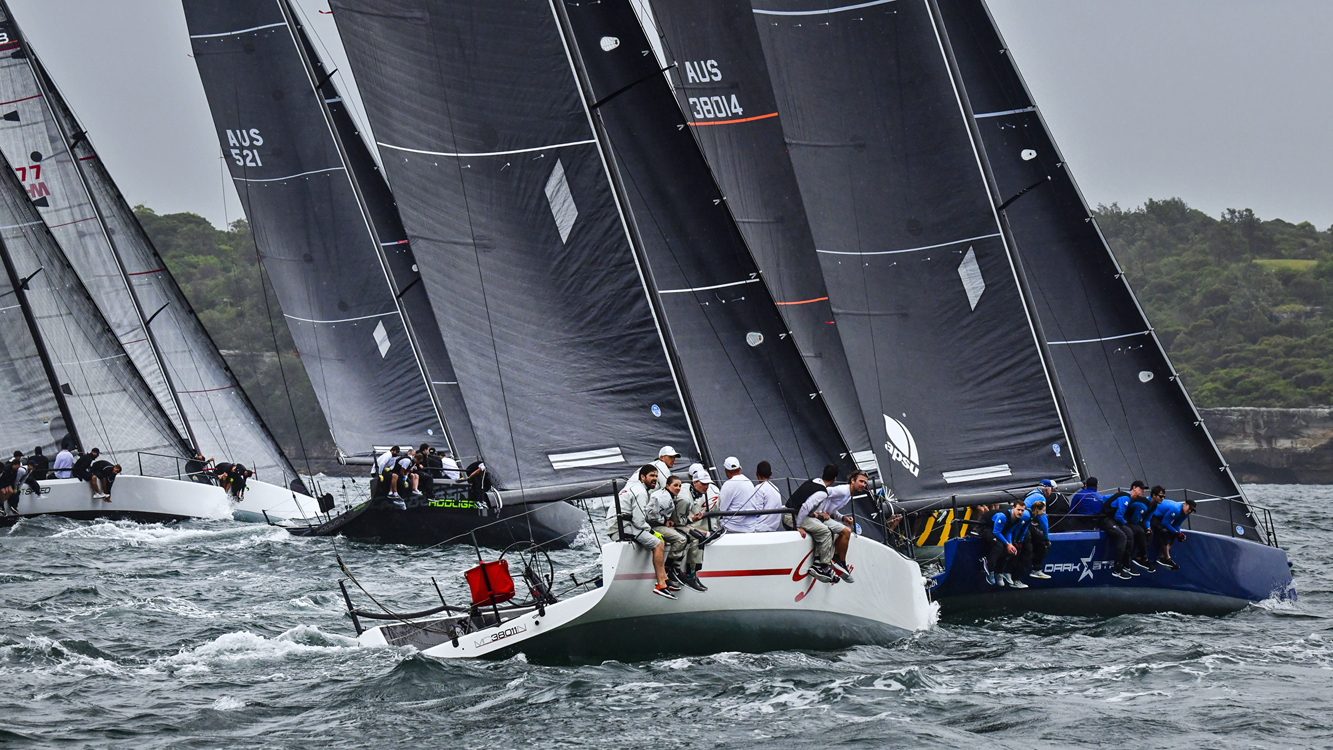 Quentin Stewart and Shaun Lane’s Lazy Dog team showed once again they are in a different realm, dropping just one race win from seven starts in the MC38 class’ opening act hosted by Middle Harbour Yacht Club. Only Chris Way and his Pittwater based Easy Tiger managed to claw one off the 2020 season champions and defending national champions, who fired an ominous warning for the upcoming MC38 Australian title, March 19-21.

Way plans to leave his MC38 in Sydney Harbour for twilight racing and championship training. He believes competing in the RSYS Etchells Milson Silver Goblets series last week and being among a packed start line with 30 like boats helped his focus when he stepped up to take the helm in the larger one design MC38 class.

Stewart says targeting their starts and ability to control the racecourse has moved them up the performance ladder, as has their downwind moding. “We are sailing faster, flatter and lower than the other guys,” he said after celebrating with his loyal Middle Harbour team.

The race they finished sixth from eight, Lazy Dog was forced over the start line early but didn’t hear their boat name called until well up the first beat. “We got too clever – not our finest moment. That’s where the fleet is getting to, everyone’s fighting to control the start,” Stewart added.

Lazy Dog wrapped up the series with 12 points. Second on 19 points was Leslie Green’s consistent Ginger, sailing for the Cruising Yacht Club of Australia, and third was Marcus Blackmore’s Hooligan, another Pittwater and Royal Prince Alfred Yacht Club resident.

Middle Harbour’s race management team led by club sailing manager David Staley did a terrific job getting seven inshore races away in challenging conditions over two very different Sydney Harbour days; rain and reliable northerlies in the high teens, occasionally over 20 knots, on Saturday and lighter sou’easters that were all over the shop on Sunday February 7.

“Lazy Dog was dynamite; they are just getting faster and faster. It’s always enjoyable to have the MCs at Middle Harbour and it was nice to have some sunshine today,” Staley said.