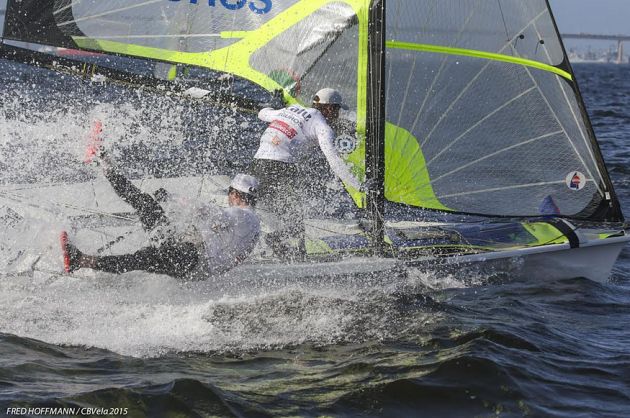 Competing in conditions that should be replicated at the Olympic Games in August 2016, Australian Sailing Team members enjoyed a good regatta at the Copa Brazil in Rio de Janeiro from December 15 to 20.

The best performance was recorded by red-hot gold medal favourites Mat Belcher and Will Ryan in the 470. They won their class by 45 points from the new British pairing of Luke Patience and Chris Grube. Grube has come into the boat to replace former crew Elliot Willis who was diagnosed with cancer several months ago. The Americans Stuart McNay and Dave Hughes finished third.

Australia picked up three silver medals at the event. In the absence of world champions Peter Burling and Blair Tuke (NZL), the British pair of John Pink and Stuart Bithell held off Nathan Outteridge and Iain Jensen to record the win by 12 points in the 49er class.

The Australian selectors have been thrown another curve ball with young Western Australian Matthew Wearn beating fellow Australian Tom Burton in the Laser. Burton was selected to represent his country at the Rio Test Event but Wearn has consistently shown he is capable of beating his older rival.

The other Australian silver went to Jason Waterhouse and Lisa Darmanin in the Nacra 17. They were beaten by Billy Besson and Marie Riou (FRA) who have dominated the class since its inception. Ben Saxton and Nicola Groves (GBR) took the bronze.

It was an excellent regatta for the Great Britain team, with Giles Scott maintaining his unbeaten record in the Finn with a narrow single point win over Vasilij Zbogar (SLO). The United States revival continued with a bronze to Caleb Paine while Jake Lilley (AUS) recorded a creditable fourth place.

In the 49erFX, Olivia Price and Eliza Stolly finished in 12th place.

The Australian Sailing Team will return home for Christmas before starting another heavy schedule of overseas regattas in the build up to the Olympics in August.