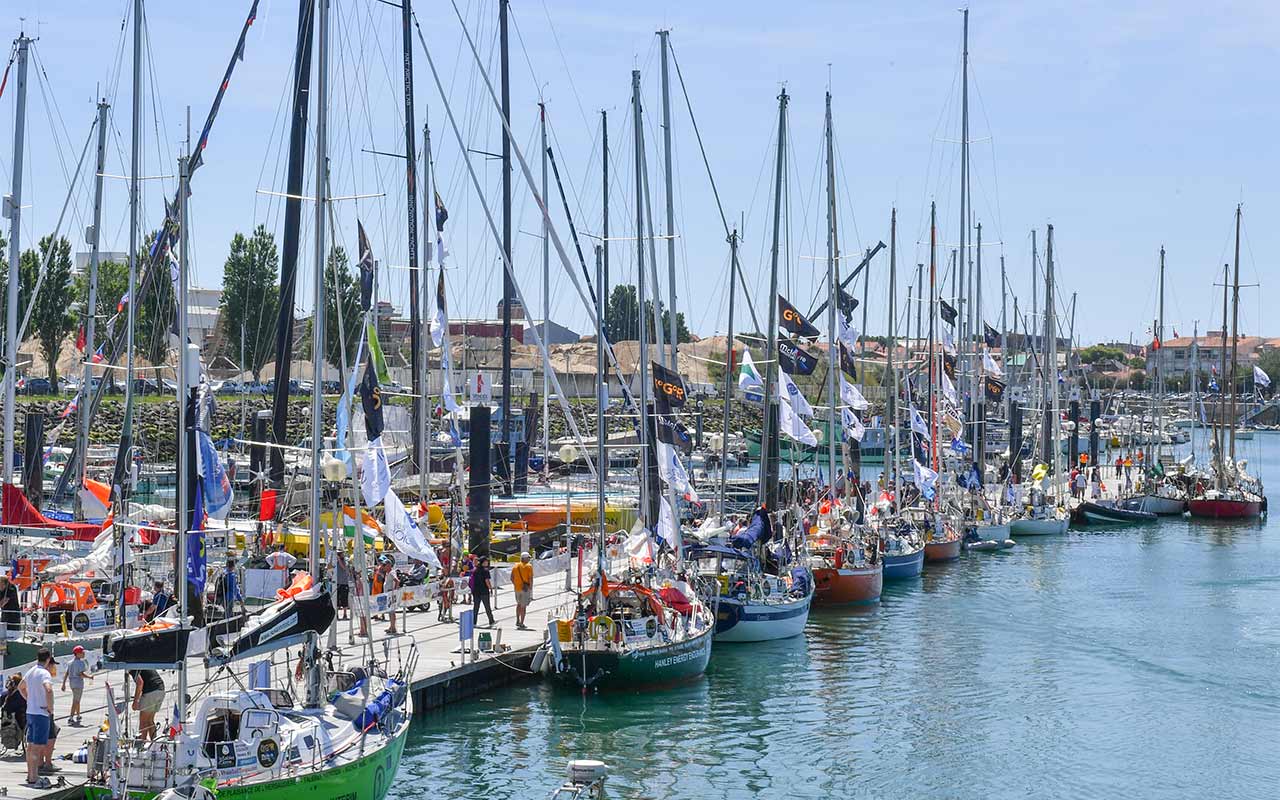 The Golden Globe led to Britain’s Sir Robin Knox-Johnston becoming the first man to sail solo nonstop around the globe – and had French sailing icon Bernard Moitessier continue east after rounding Cape Horn to make a second loop around the world ‘to save my soul’ from what he saw as an increasingly commercial world.

Suhaili, Knox-Johnston’s famous yacht from which he will fire the starting canon at 12:05 on Sunday local time, left seven other broken boats and dreams in her wake, including Donald Crowhurst whose tragic story and eventual suicide has been replayed in the recent Hollywood movie ‘The Mercy’.

Alex Carozzo, the 86 year old veteran from the 1968/9 race veteran was forced to spend five days sitting on a mooring in isolation off Cowes England, completing preparations to his 60ft yacht, while the rest were making ground around the world. He has been watching his own story replayed here by fellow Italian Francesco Cappelletti, the 40-year old professional sailor from Pisa.

Delays in the preparation of his Endurance 35 Esmeralda in Italy, led to the yacht being shipped by road directly to Les Sables d’Olonne, arriving here on Monday.

She is now rigged and in the water, but Cappelletti still has a mountain to climb to finish his preparations, load stores and complete 3 days of solo trials before the start line closes for late starters at Noon on Saturday 7th July.

“It is disappointing. I would much prefer to be ready now, but I expect to pass safety inspections on Monday, complete my sailing trials by Thursday and start either on Friday or Saturday morning.” He said today.

Nabil Amra, the American/Palestinian entrant who has also had a fight again time to be ready on time, finally passed safety inspections shortly before the Noon deadline today.