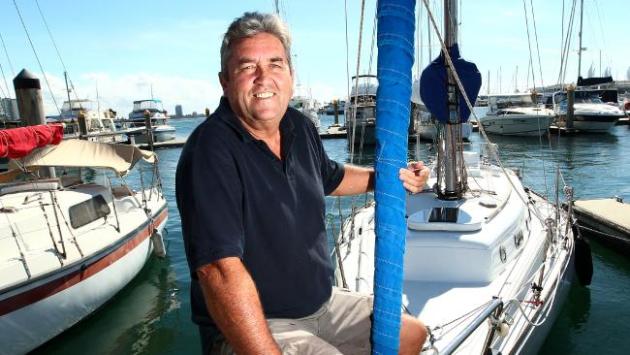 More people have been to space than those who have circumnavigated the world non-stop solo but Andy Lamont wants to do it backwards.

Mr Lamont, 57, will attempt to become the first person to circle the world in a westbound direction solo, in a boat smaller than 40ft (12.1m in length).

He won’t touch land for about 11 months and he won’t be allowed to receive help from anyone, even if something breaks, in order to conquer the world record.

“I’m excited,” he said. “It’s been something I’ve wanted to for a long, long time.

The Clear Island Waters resident said the trip will be realising a childhood dream which he has had since he was six years old.

“I started sailing when I was 11 when my dad took me out on a friend’s boat,” he said. “As soon as I got on the boat, I thought this is what I want to do as my sport.”

See more photos and read the rest of the story here.