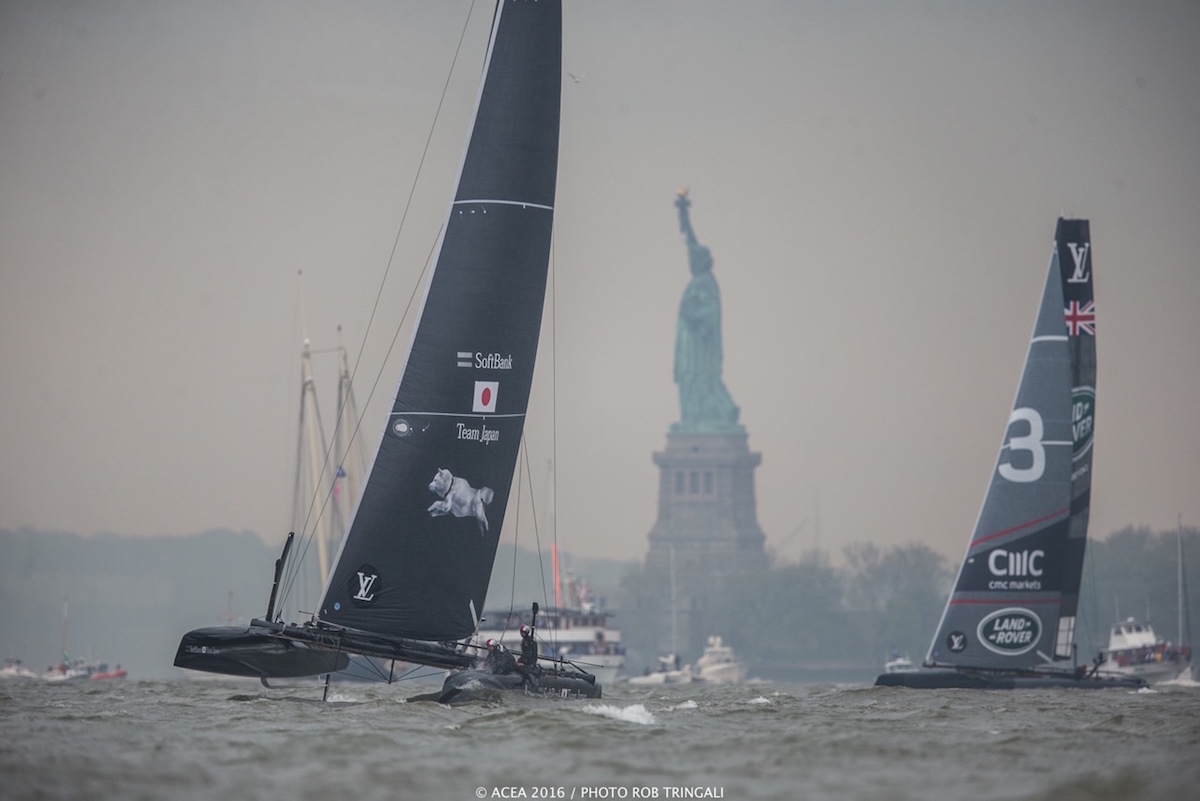 The America’s Cup returned to New York and the Hudson River for the first time in nearly a century on Saturday, to the delight of tens of thousands of fans who came out to see what the new America’s Cup was all about.

What they saw – after a delay due to light winds – was exceptional racing tucked in close to throngs of cheering spectators along the shoreline with lead changes, tactical passing moves and the fast, foiling, flying AC45 catamarans.

The racing took place during an extended race window and was designated a “substitute race”. It will only be scored if it is needed for inclusion in the international broadcast on Sunday. SoftBank Team Japan was the winner.

“It was fantastic given how many people turned out today to be able to get a race in and put on a show. It’s a remarkable experience to sail on the Hudson River with so many people watching us,” Japan skipper Dean Barker said.

And he was philosophical about the race maybe not counting on the leaderboard.

“Every race we do, we learn. We’d love for the win to count, but on the other hand, if we come out tomorrow and have three good races, that would be just as valuable for us as a team.”

The forecast for Sunday has winds in the 15-20 knot range, which is the sweet spot for high-stakes action in the new America’s Cup boats and would produce the greatest action the Hudson River has seen.

“We’re excited to have brought America’s Cup racing back to New York for the first time in nearly 100 years and to have been able to put on a tremendous show today for our in-venue fans,” said Commercial Commissioner Harvey Schiller.

“Taking advantage of the new “substitute race” rule means we have a race ready for our international audience tomorrow should conditions not allow racing.

“We would like to thank all of our fans who came to the venue and stayed to end to see the fabulous action. Make sure you come down or tune in on Sunday. We’ll have more great racing for you.”