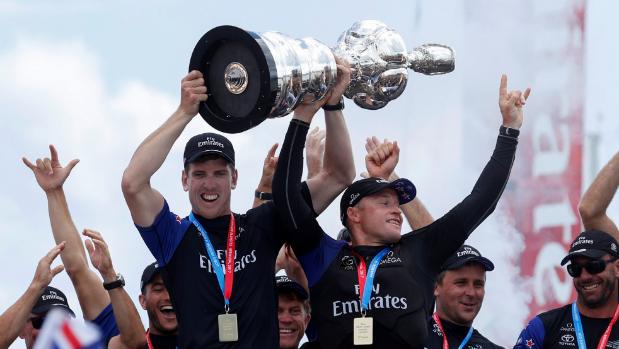 Team New Zealand star Glenn Ashby has warned about distractions hitting the team as they get ready to defend the America’s Cup in March.

The Cup scene in Auckland is heating up with all three challengers in their bases and readying their second generation race boats.

Already Team New Zealand have had off-the-water dramas swirl around them over the last couple of months around the organisation of the regatta.

The America's Cup defenders are making the most of the longer days of spring as they ramp up their testing and training.

In a new documentary charting New Zealand’s remarkable involvement with the regatta that features sport’s oldest trophy, Ashby has cast an eye forward, wary about what could play out over the next six months against a challenging fleet full of talent and huge monetary resources.

The start of the Cup match is 150 days away but the defenders will still be a clear target while the challenger series plays out over January and February.

“One of the biggest things for this team now is having to keep the intensity all the way through to the last race of the America’s Cup, that’s something we did extremely well in Bermuda,” Ashby said.

“That’s something we are going to have to be very careful of.”