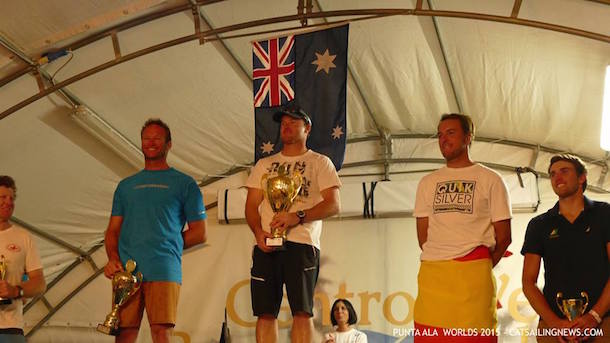 Glenn Ashby is crowned World Champion 2015 at Punta Ala after winning race eight, he finally abandoned the 9th one with really light winds, but it was his discard, eight bullets for the Australian.

For full results head to http://www.aclassworlds2015.it/overall-results.html