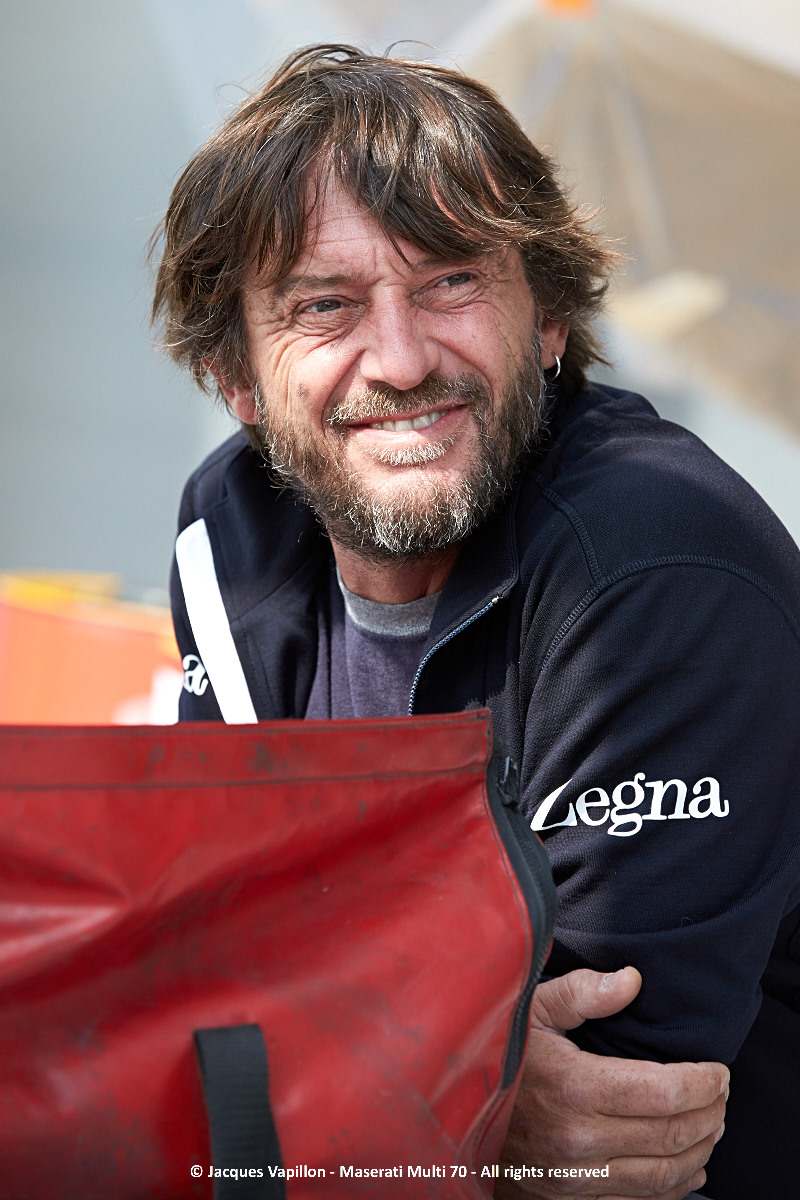 A new record to beat for Maserati Multi70 and Giovanni Soldini after claiming the record for the ‘Gold Route’ from New York to San Francisco and the ‘Tea Clipper Trade Route’ between San Francisco and Shanghai.

The latest record attempt follows the route of the 19th Century Clipper Ships that transported their cargoes of tea from Hong Kong to London via the Cape of Good Hope.

The current record time, set in 2008 by Frenchman Lionel Lemonchois and his eight-man crew aboard the 100-foot catamaran Gitana 13, is 41 days, 21 hours, 26 minutes and 34 seconds.

Approximately 13,000 nautical miles (24,000 kilometres) non-stop
This is an uncommonly long route for a 70-foot multihull such as Maserati Multi70. To minimise the risk of damage, instead of sailing in foiling mode the boat will be set up in MOD configuration – although the work to develop the boat’s foiling dagger boards continues with the support of the eminent high-performance yacht designer, Guillaume Verdier.

The main phases of the course
First, out of Hong Kong and across the China Sea – a waterway highly congested by cargo boats and fishing vessels. Then across the island-strewn Java Sea, including negotiating a 15-mile-wide strait between the islands of Java and Sumatra. Next, crossing the Indian Ocean and the equator to round South Africa’s Cape of Good Hope the ‘wrong’ way, i.e. against the prevailing west to east winds.

After South Africa the boat will head up the South Atlantic Ocean to re-cross the equator. It will be winter time in the North Atlantic, meaning a strong chance of encountering low pressure systems that turn into ocean storms. The final stage will be to sail through the English Channel, enter England’s River Thames and sail to the finish line under the Elizabeth II Bridge a few miles from the centre of the city of London.

“Hong Kong to London is a historic and epic route, that’s why we decided to take on this huge adventure,” said Soldini, currently in Hawaii, where he and the crew are completing the final maintenance work on the Italian trimaran.

“The story of the Clipper routes of the Victorian age is fascinating. Being first in London meant selling tea at three times the price of those who arrived later. It was on these routes that people first started to think about how to make boats sail faster and perform better and this was the origin of modern yacht design.

“For us though, it’s a sporting challenge. We want to beat Gitana’s record, even though the French catamaran was 30 feet longer than our boat and this run is probably the longest any MOD70 has ever attempted. We expect to find good weather conditions in the Indian Ocean, but the North Atlantic Ocean in winter is unpredictable and I think that will be the most complicated part of the whole route.”

After undergoing a series of sea trials in Hawaii, Maserati Multi70 will set off at the end of November for Okinawa, Japan. After a final transfer to Hong Kong, Soldini and his crew will be on standby to depart on the record attempt at the beginning of January 2018.