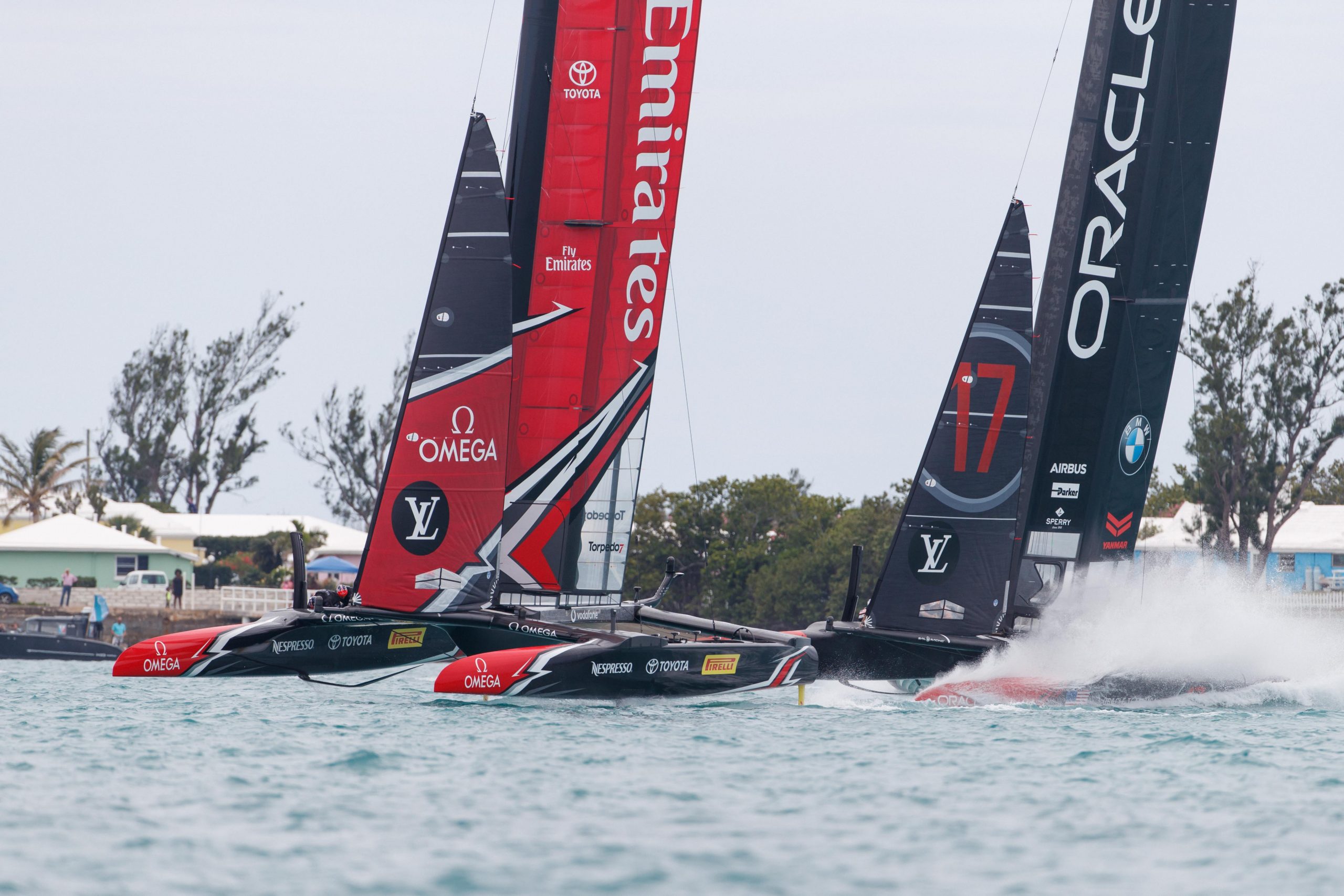 An even day on the race track---ETNZ-pic

The Royal Gazette. By Simon Jones.

The America’s Cup will generate a $330 million boost to the island’s economy, while the event itself came in nearly $13 million under budget, the ACBDA announced this afternoon.

The $336.4 million impact on the island’s Gross Domestic Product includes a predicted $90.8 million in future tourism spending over the next five years from the exposure Bermuda received from hosting the event.

The sailing spectacle, which was originally forecast to cost the island $77 million, ended coming in $12.9 million under budget, according to an independent Economic and Social Impact Assessment on the event conducted by PricewaterhouseCoopers.

“This represents a 525 per cent return on investment, including future tourism revenue,” a ACBDA statement said. “That is, for every $1 of the $64.1 million spent, $5.25 will be returned back into Bermuda’s economy, generating extra revenue for local businesses and residents and additional wages for local workers.”

The 62-page PwC report reveals that the America’s Cup generated $194.3 million incremental on-island spending in 2½ years from January 2015, which resulted in a $245.6 million boost to GDP.