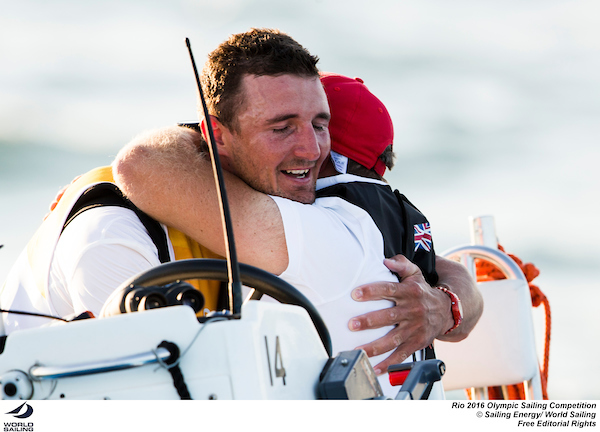 Giles Scott missed the British nomination for the Finn at his home Olympics because of the greatest Olympic sailor of all time, Ben Ainslie. Scott was arguably the better Finn sailor at the time but understandably the British selectors gave the spot to the defending champion.

So Scott was at his first Olympics in Rio but you would not have thought so. He dominated almost from the first day and after finishing second behind Caleb Paine (USA) in today's medal race, his margin was 32 points.

Highly emotional after waiting so long, the very likable Brit won the hearts of the crowd with his celebrations and modest interviews.

Vasilij Zbogar of Slovenia won the Silver and Paine took the Bronze.

There were promising signs for Australia when Jake Lilley finished fifth in the medal race and eighth overall. He is young and at his first Olympics and like Tom Burton in the Laser, was pushed all the way just to gain selection ahead of Oliver Tweddell.

In seven of his 11 races he scored in single figures, with a third being his best race, and only some high scores on very difficult days cost him the chance of a medal. He is one to watch if he gains the selection for Tokyo 2020.