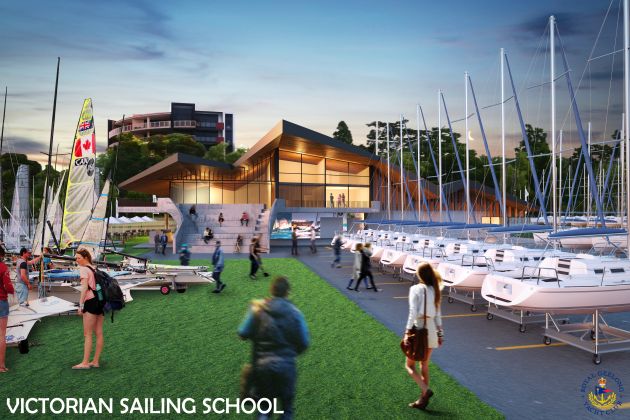 The investment will be made by the School Building Authority and will directly fund the redevelopment of the Victorian Sailing School (VSS).  The new VSS facilities will support the expanded delivery of extensive education, training and safety programs for secondary students from the region and throughout Victoria.  A total of $13.5 million has now been committed to funding the redevelopment. RGYC is investing $3 million in the project, together with commitments of $3 million from the City of Greater Geelong and $4 million previously committed by the Victorian Government.

Mr John Kint, RGYC, said:  “This is terrific news and to know that we can get going now on a major project that will have real economic benefits – not just for the club and the sailing community – but also for the wider Geelong community, is a real win.

“Apart from the obvious benefits for local students and young sailors with the development of the new Sailing School, the wave attenuator is a six metre wide floating breakwater that will also function as a public promenade. It will be a real attraction and bonus for the Geelong waterfront,”.