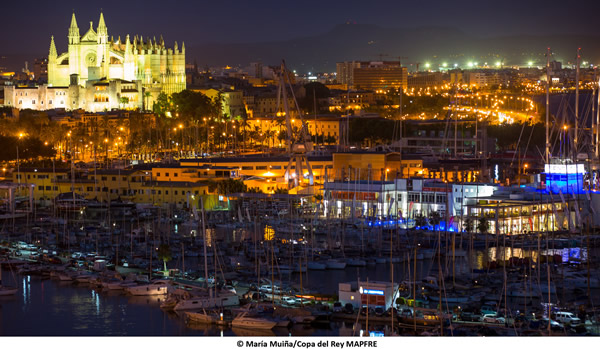 For 2016, its fourth season, the GC32 Racing Tour is taking a fresh approach with the simple remit of visiting venues that will provide the optimum foiling conditions for the 32ft flying catamarans and the best, most high octane racing for its teams.

To minimise transportation time and cost, while maximising time on the water for competitors, the circuit is also this year located exclusively in southern Europe.

The schedule for the 2016 GC32 Racing Tour is as follows:

The 2016 GC32 Racing Tour opens with two regattas on Lake Garda. This Italian lake is considered one of the world’s must-visit regatta venues. Not only is it stunningly beautiful, with its northern end nestled within the Alps, surrounded by giant mountains, but it is renowned for offering exceptional wind conditions and flat water. Thanks to this perfect combination, it was here in 2014, that the SPAX Solutions GC32 set a new class speed record of 37.9 knots (although bettered last year by Alinghi, which managed 39.21 knots on Lake Geneva during training).

The first regatta will be held out of Fraglia Vela Riva located in Riva del Garda, in the lake’s northernmost corner. The club is a favourite championship venue, especially with dinghy and Olympic classes and last year alone hosted World Championships for the Cadet, Topper and Musto Performance Skiff classes.

For the second, the GC32s move to the eastern shore of Lake Garda to Malcesine, where it will join The Foiling Week with racing organised by the Fraglia Vela Malcesine. The Foiling Week is an international gathering for foiling enthusiasts and combines shore-based technical discussions and presentations from leading international foiling experts, including America’s Cup designers, and racing for a mix of popular foiling classes such as the Moths and innovative one-offs as well as the GC32s.

The third event of the GC32 Racing Tour sees the fleet moving from Italy to Spain, where it will compete in one of the Mediterranean’s leading regattas, 35 Copa del Rey MAPFRE. Racing here is held on the Bay of Palma, another of the world’s top regatta venues, renowned for its consistent sea breeze – more than adequate to get the nimble GC32s foiling.

135 boats, ranging from Maxi 72s to one designs such as the popular J/80, competed at Copa del Rey MAPFRE in 2015 and the arrival of the GC32s this season is significant as it will be the first occasion the organisers, the Real Club Náutico de Palma, have allowed multihulls to compete at their premier event. The GC32s will sail on their own dedicated course with the class’ regular umpires and race management team, led as usual by Anne Mallédant.

Javier Sanz, President of the RCNP welcomed the GC32s: “Integrating the GC32 into the 35th Copa del Rey MAPFRE is the big story of this year’s regatta. These ‘flying boats’ represent the cutting edge in sailing and we, as organiser of one of the most important events in the Mediterranean, want to incorporate this very latest style of sailing into our regatta.

“One of Copa del Rey MAPFRE’s goals is to have the best sailors and boats.  The GC32 Racing Tour fits perfectly with that philosophy.”

Details of the venue for the fourth event are being finalised and will be announced soon.

The 2016 GC32 Racing Tour concludes – as it has done for the past two seasons – with Marseille One Design, held on the Rade Sud off France’s second city.

Marseille is renowned for being a big wind venue and offers an attractive backdrop of the Frioul Islands and the city, topped by the impressive Basilique Notre-Dame de la Garde church. The event is organised by Sirius Events as part of Marseille’s build-up to being European Capital of Sport in 2017 and the potential Olympic sailing venue, if the Paris bid wins to host the 2024 Olympic Games.

GC32 Class President Flavio Marazzi commented: “The venues this year will provide an ideal mix – from high speed foiling on Lake Garda to one of sailing's biggest regattas, the Copa del Rey MAPFRE, concluding with our season's grand finale, Marseille One Design. All our venues have been selected so that they provide the GC32 crews with the best conditions for foiling.”

At present eight GC32 teams, including some of the world’s top teams such as Spindrift racing, have signed up to join the GC32 Racing Tour in 2016 and numbers are expected to swell to more than 10 over the season.

An additional special event for the GC32s, will be the GC32 Alps Challenge Traunsee, being held on Lake Traunsee, Austria over 12th-15th May. This will be fourth time racing for the GC32s has been held out of Gmunden, a popular resort and spa town on the north shore of this picture-postcard 12 km long by 3km wide lake. The GC32 Alps Challenge Traunsee will be a match racing event (with fleet racing to determine the seeding). As an added attraction, it will have prize money amounting to 30,000 Euros.