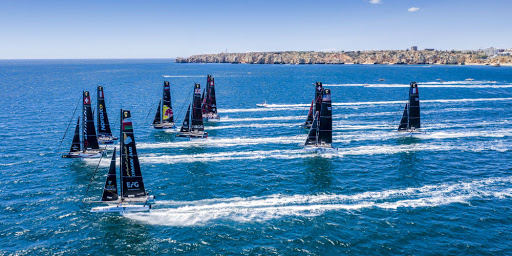 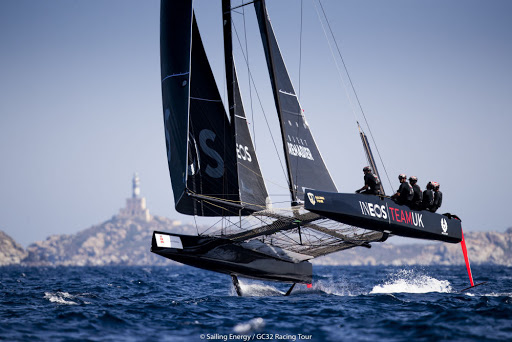 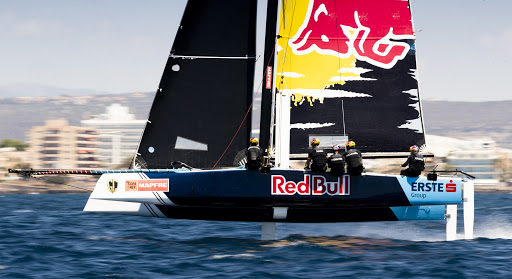 Excitement is in the air as competition on the GC32 Racing Tour resumes for the first time since the GC32 Oman Cup in November 2019.

The GC32 is a 10 metre long foiling catamaran. It is up there with the world’s fastest sailing yachts.

Six teams from across Europe will be competing in next week’s GC32 Lagos Cup 1, sailed out of Lagos, Portugal. The favourite is certainly Ernesto Bertarelli’s Alinghi team from Switzerland. The former America’s Cup champions have the upper hand since securing the GC32 World Championship title on these waters in 2019. However, they will receive a stiff challenge from Red Bull Sailing Team, Austrian double Olympic champions Roman Hagara and Hans-Peter Steinacher wishing to make a strong impression in what will be their final season of GC32 racing.

French owner-driver Erik Maris will continue to raise his game on Zoulou, having finished second in the final event of 2019. New to the GC32 Racing Tour will be the Swiss Foiling Academy with Julien Monnier and helmsman Loic Forestier as co-skippers. Meanwhile, Christian Zuerrer’s Black Star Sailing Team has managed to put in the most training during the pandemic. They have added to their crew Pierluigi de Felice, who recently competed in the 36th America’s Cup with Luna Rossa. The Italian trimmer also has past GC32 experience with SAP Extreme Sailing Team.

The dark horse of this year’s GC32 Racing Tour is likely to be Team Rockwool Racing; the Danish team skippered by former match racer and Volvo Ocean Race competitor Nicolai Sehested. While skipper and team are competing for the first time on the GC32 Racing Tour, the boat knows the way around the track (previously it was SAP Extreme Sailing Team).

In Portugal the GC32 Lagos Cup will follow its normal schedule of practice racing on the Wednesday followed by four days of racing proper (1st – 4th July).

For more information on the series, see: http://www.gc32racingtour.com/