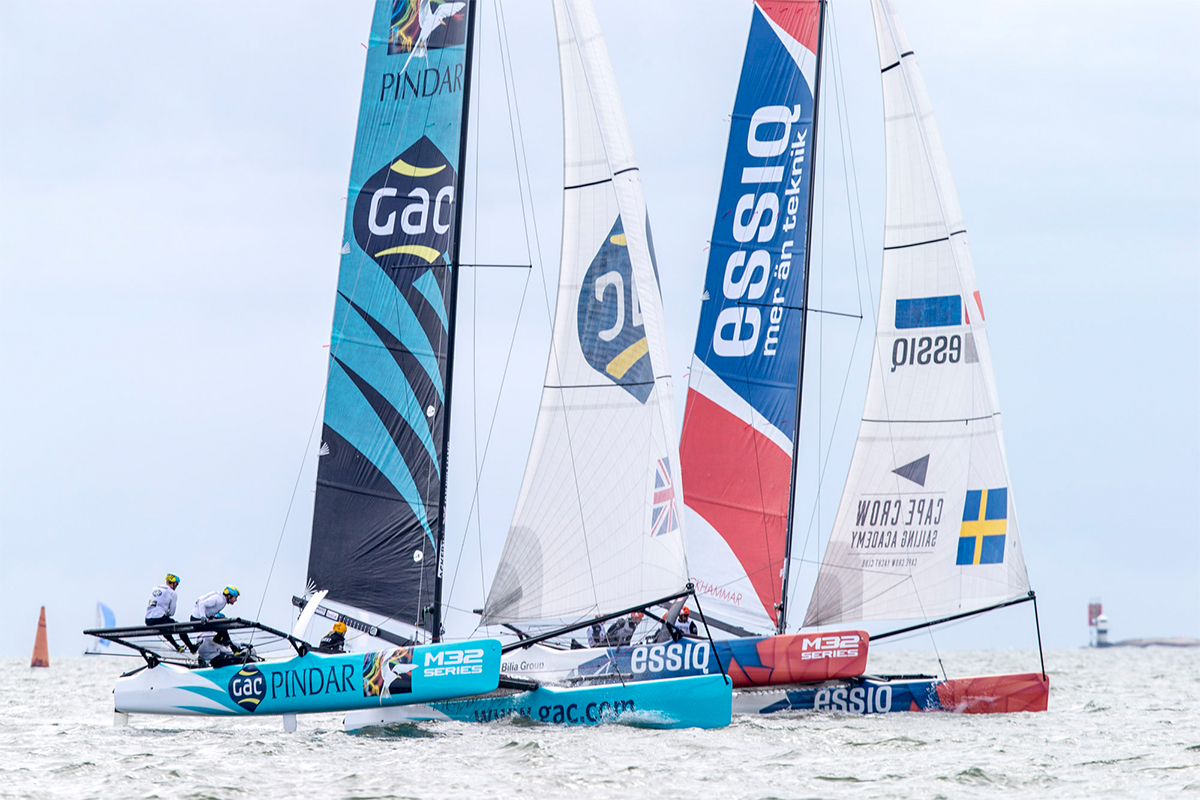 The Battle of Helsinki of the M32 Scandinavian Series was completed on Saturday at Hernesaaren Ranta. The sun finally had to give way to pouring rain only a couple of hours before the finals of the weekend, but wind was loyal to the sailors until the very end. The entire three-day event was sailed in ideal conditions.

Skipper Ian Williams and his crew on board GAC Pindar saw their dominance come to an end as Måns Holmberg’s Typhoon X Racing were crowned the winners of the closing day in Helsinki. All four boats out on the water managed to clinch a race win on Saturday. Evened out racing was a result of lighter and flukier breeze outside of the Finnish capital. Unfortunately the fast learning first-timer team Artemis Youth Racing were forced to sit out Saturday’s seven races due to the rudder damage from Friday.

The double points finals in the last two races offered the Hernesaari audience some really close racing. Williams lost his two-point advantage to Holmberg when left in fourth in the second last race. Despite overtaking Holmberg on the finish line of the regatta closing seventh race, Williams had to accept a daily second after two victorious days in Helsinki. This however did not threaten the British team’s overall victory of the 3-day Helsinki event as the Britons left rainy Helsinki with a self-confidence-boosting 22 point victory over Holmberg’s Swedish team.

Ian Williams and GAC Pindar head for Stockholm’s final event of the Scandinavian Series in a healthy lead of five points with Dackhammar in second. However, double points in Stockholm’s regatta offer the chasing teams an opportunity to close the gap. Sailing in Stockholm commences already on Thursday 8 September.

Helsinki and Hernesaaren Ranta are certainly looking forward to the next opportunity to host the very successful concept of M32 stadium racing in 2017.