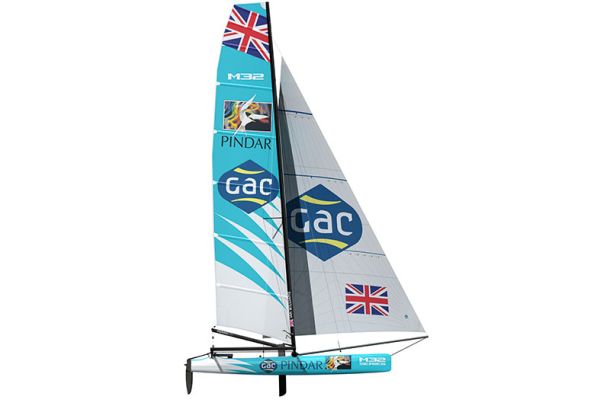 Following the announcement of Aston Harald AB’s acquisition of the ISAF Sanctioned World Match Racing Tour in June, there has been a shift in emphasis towards M32 multihull boats for next year’s championship. The Stena Match Cup has already announced that it will be raced in new M32 multihulls and James Pleasance, Executive Director of the World Match Racing Tour, has made clear his ambition to extend use of the M32 across more events on the series.

The M32 Scandinavia series is already well underway, with Williams set to join the fourth leg in Helsinki (September 3rd to 6th). To prepare for their mid-season entry into the competition, Williams and his newly-formed crew have spent time in Helsinki training with the coaches from the Cape Crow Academy.

Williams is not afraid to throw himself in at the deep end. He said: “I’m really excited to get started in the M32. I expect the level of racing to be high. I’m starting late, so I’ll have my work cut out to get quickly up to speed. I’ve got plenty of experience racing X40s in the Extreme Sailing Series but these smaller boats pose a different set of challenges. The boats are relatively simple to set up, but in high speeds small alterations to the set-up make huge differences. That’s why time with the coaches has been invaluable. We now can’t wait to go racing.”

Christer Sjödoff, GAC Group Vice President, Commercial said: “We at GAC are a longstanding and keen supporter for Ian. Not only are we inspired by his positivity and adaptability,  Ian’s continued success in the sailing arena has helped shape GAC’s reputation as a reliable provider of sailing regatta logistics services amongst teams and event organisers alike.”

Andrew Pindar, GAC Pindar Team Principal commented: “We’re absolutely thrilled to support Ian in his efforts to retain his position at the pinnacle of world match racing through this period of change. You do not become five-time world champion by accident and this moves demonstrates his determination not to stop there.

“The M32 Series is the latest exciting addition to GAC Pindar’s sailing programme. We’re fresh off the back of fulfilling the logistics for the Volvo Ocean Race and earlier this year the ISAF World Cup, Ian Williams currently sits on top of the World Match Racing Tour and our Extreme Sailing Series team are putting in their strongest performances to date. It is an incredibly exciting time for us.”