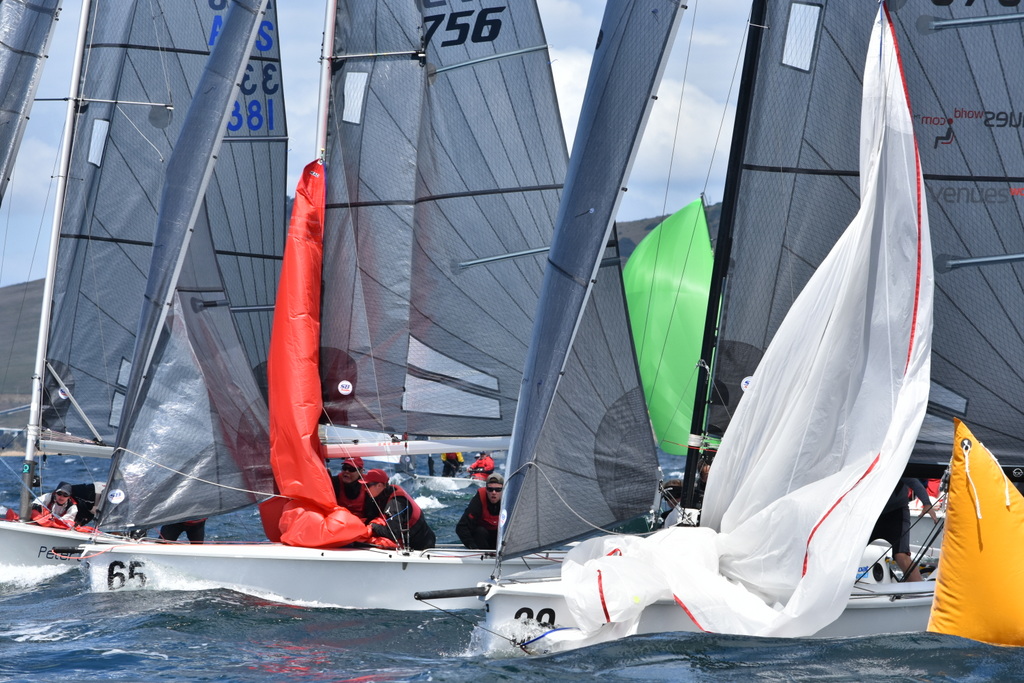 Helming Give Me 5 – French Youth Team, Follin this afternoon won his third out of six races in the SB20 pre-Worlds regatta, taking out the last race with French flair.

In 2015 the Frenchman became the first and only youth sailor to win an SB20 World title, at Trentino in Italy, and still qualifies for the Youth division at the age of 25.

Follin and his crew also won the Youth and Corinthian trophies for the Pre-Worlds. The Masters went to Jerry Hill (GBR) the current world champion.

In today’s racing in a brisk 10-15 knot south-easterly sea breeze, Give Me 5 finished ninth (their discard) in race five, but there was no question of his dominance as he clinched an overall victory with a last race win.

Third place went to current Australian champion Brett Cooper in Aeolus on 29 points (11-6-3-5-(18)-4) with fourth place going to current world champion sportsboatworld.com (Jerry Hill) who did not compete in the final race.

In race 5, the Irish boat Binn Eadair (Cillian Dickson), crossed the finish line first only to find he had been called UFD and disqualified for breaking the start. This resulted in Henty.cc being first, Export Roo second and sportsboatworld.com, third

Today is a lay day, with the first two races of the SB20 World Championship 2018 scheduled for tomorrow.